As a fan of director Gillian Armstrong’s 1994 Little Women, I wasn’t sure what to expect with the new BBC Little Women that came out on Masterpiece this year. Here’s my honest review of the new PBS Little Women tv series, plus how it compares to Louisa May Alcott’s original novel.

Is it even possible to top the 1994 adaptation of Little Women?

That was my immediate question when I heard there was a 2017 BBC remake for Little Women (airing on PBS in 2018).

You see, I think the earlier adaptation with Susan Sarandon and Winona Ryder is near perfection. It’s got a well-matched cast, exquisite costumes, and careful attention to the ethos of the original novel.

But watching it again after a recent re-reading of the novel, I realised that yes, this movie has flaws. Sometimes it feels choppy. A few of Marmee’s sentiments are a different manifestation of feminism than the ones we hear in the book. And the grown-up Amy, although she does a lovely job, somehow isn’t quite the book Amy.

Plus, I decided, a longer miniseries-style adaptation could give us more scenes from the novel, which would certainly be a treat.

Confident in the BBC’s past successes with period drama, I settled in with my cup of tea to watch the first episode. The opening music was pretty but a little odd. The twanging sound seemed to fit with Civil War era music I’ve heard, so I okayed it and watched on. 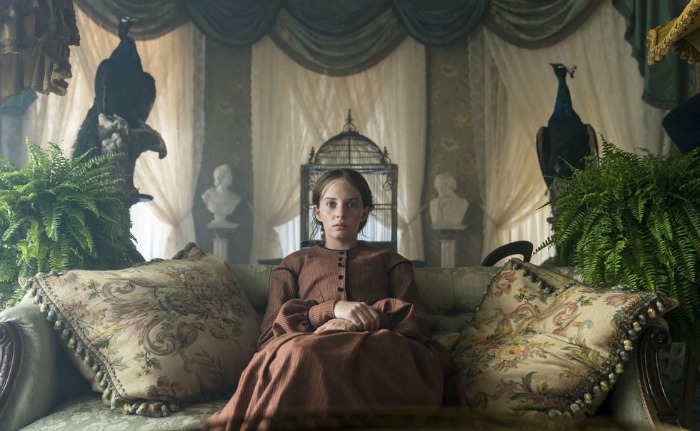 Episode 1 didn’t blow me away, but I was extremely grateful that it didn’t produce the bitter disappointment of Anne with an E. I could tell this Little Women was going to be safe, and I’ll take safe over sacrilege any day.

I did warm to the cast and the telling in Episodes 2 and 3, and all in all I think this is a great adaptation of Alcott’s two-part novel.

Here are some of the strengths and weaknesses I observed in the BBC/Masterpiece PBS version of Little Women:

1. More scenes from the book

Although some of these scenes are altered slightly from their book counterparts, we get to see the boating picnic, Jo and Marmee’s conversation about temper, Jo and Beth’s trip to the seashore, and the closing scene at Plumfield, among others. The Winona Ryder version didn’t include these (and I don’t recall them in the 1933 Hepburn version, either.)

There are more settings and landscapes in this adaptation than in earlier ones. We get a fuller picture of the town and countryside surrounding the March home, and even get a peek at Mr. March’s environment on the battlefront and in the war hospital.

These two characters are very important in the novels, but are very incidental in the film versions. In the book, Jo’s father becomes an integral part of family life again after he returns from the war. And Aunt March is instrumental in Meg and John’s engagement! Dylan Baker and Angel Lansbury do an excellent job in their roles, and it’s a treat to see their characters get more screen time and lines this time around.

4. It’s a faithful and respectful adaptation

Director Vanessa Caswill and screenwriter Heidi Thomas don’t pull any fast ones with the novel’s huge fan base. This version truly does feel like Little Women. 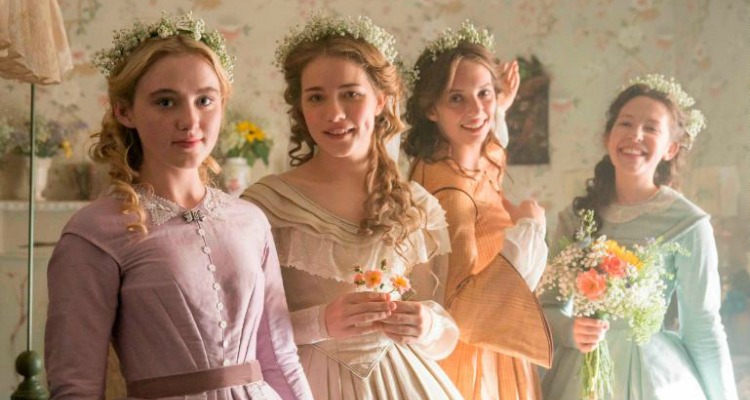 5. It may actually make you cry

I wasn’t prepared for this. There are some very sweet and poignant moments that brought tears to my eyes! Like that scene just before Meg’s wedding, when Marmee comes into the room and sees her daughters all grown up…aaah! Perhaps I’m growing older–or becoming a mom has made me more emotional–but the Winona Ryder version never made me cry!

So yes, there are a couple things that just didn’t succeed in my book.

1. Amy and Laurie as characters

Although she seems like a fine actress, I simply couldn’t find Kathryn Newton believable as Amy. I’m not sure if she was trying to bring something new to the role, or was simply misreading her character. Even when she had lines or interactions directly from the book, they never felt like Alcott’s Amy. Jonah Hauer-King, the actor who played Laurie, did fine. But Christian Bale is Laurie…in the way that Richard Armitage is Mr. Thornton or Jonathan Crombie is Gilbert Blythe. Know what I mean?

According to the book, Laurie doesn’t think his proposal fits his romantic ideals. But the way Alcott describes it, it’s actually quite romantic–the two are sailing in the sunlight on idyllic Lake Geneva. They seal their engagement sitting side by side, quite close together, in perfect understanding. We didn’t get this lovely scene in the 1995 movie, and we didn’t get it here, so sadly we may never see it. That’s a wasted opportunity.

3. It doesn’t sweep you off your feet

And I kind of wanted it to. I know many readers won’t agree with me, but I felt that the Keira Knightley Pride and Prejudice was a sweep-you-off-your feet sort of movie that can stand proudly with the earlier, beloved miniseries. I was secretly hoping for the same sort of experience with this. Instead, I felt like I was watching a nice but basic stage adaptation–something I might enjoy for a community play–but not a “canon” classic.

Overall, I’m pleased with this adaptation. I’m looking forward to watching it with my kids when they get older or checking it out for “girls’ movie nights” with my sisters. The cast did a wonderful job (I particularly enjoyed reading this article on the care that Maya Hawke brought to the role of Jo). As I said earlier, this rendition of Little Women is safe and familiar; nothing to make fans angry.

I can’t help but wonder, though. Since we already had such a stellar adaptation of Little Women in the 1994 version, is a new one really necessary? Perhaps time and talent could be better spent adapting An Old-Fashioned Girl, or making a miniseries of Eight Cousins and Rose in Bloom to span a couple of seasons.

Now that would be exciting!

What’s your favourite version of Little Women? What did you love–or not–about this one?

P.S. There’s a modern-day retelling of Little Women coming to theaters later this year. And apparently Sony is currently casting yet another version (!) with Meryl Streep as Aunt Jo! Why all the interest in Little Women lately? 2018 is the 150th anniversary of the novel. Of course, the best Little Women is the book itself.

So go read that.

Classic Books to Read If You Love Little Women

The Little Women Guide to Homemaking

How to Have a Little Women Christmas

20 Good Period Films for Your Next Girls’ Movie Night

The Ultimate Guide to Anne of Green Gables Film Adaptations