Wish you could find more books like Little Women by Louisa May Alcott? These classic books for fans of Meg, Jo, Beth, and Amy will remind you of Little Women, with picks for children and teens as well as adults. If you’ve ever wondered what book you should read if you love Little Women, start here! 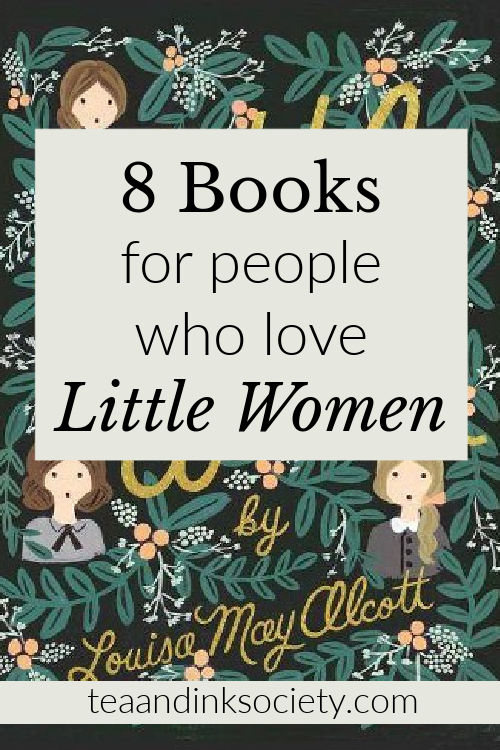 When you find a book you love, it’s only natural to wonder if there are more books like it. Rest assured, there is. There always is. Sometimes it just takes a little digging (and maybe some guidance from a book blogger) to find them!

Louisa May Alcott’s 1868 novel Little Women is one such book that I–like millions of other readers–fell in love with and couldn’t get enough of. As a twelve-year-old, I was eager to know if there were other books similar to Little Women that would give me that same cozy, inspiring, satisfying feel.

The obvious starting point was to read other books by Louisa May Alcott, and if you’re looking for classics like Little Women I recommend you start there as well! Read An Old-Fashioned Girl, Eight Cousins, and Rose in Bloom. When you’re done with those lovely novels, move on to one of these other classics for fans of Little Women. 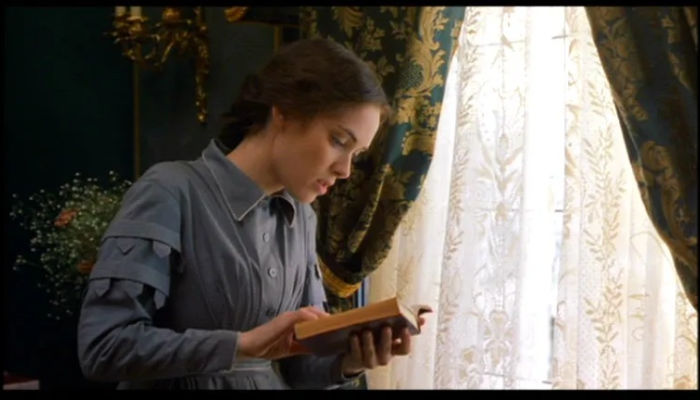 I’ve divided up this Little Women readalike list into two parts: books written specifically for children or teenagers, and books written for adults. Also, it’s all classic books on this list. The recent Little Women movie adaptations have already inspired several lists featuring modern retellings and spinoffs of Alcott’s original. This book list features classics with similarities to Little Women, but that aren’t specifically drawing from the novel.

What makes these books these books compare to Little Women? Because (you’ll be happy to know) I did not just slap up a list of random classics and pretend they’re “alike” because they’re old or have a girl as the main character!

Every book here earned its place. Some of them are direct descendants of the girls’ fiction genre that Little Women helped to launch. Many of them are–like Alcott’s novel–semi-autobiographical stories of girls coming of age, learning to navigate the opportunities and obstacles of their era. There’s one that forgoes the traditional marriage plot and has the heroine earn a living as a writer (something Alcott did herself, and sort-of does with Jo). Perhaps you will fall in love with some of these heroines as much as you did with Meg, Jo, Beth, and Amy! Read on and see…

Classic Books Like Little Women for Tweens and Teens

What Katy Did by Susan Coolidge, 1872

If you can relate to Jo March’s impulsiveness and tomboy nature, you’ll find a kinship with Katy Carr. Katy is the oldest of six children, growing up in a small Ohio town. In absence of a mother, she wants to be a perfect example for her siblings, but she often leads them into madcap adventures instead. Like Jo’s story, there is a lot of personal reckoning and coming-of-age in this book. It makes for a cathartic experience as you put yourself in the heroine’s shoes: witnessing her deep transformation leaves you a little the wiser, too.

There are four more books following the Carr family: What Katy Did at School (Katy and her sister’s adventures at boarding school), What Katy Did Next (featuring a European tour Jo March would’ve loved to take!), Clover, and In the High Valley.

A contemporary of Louisa May Alcott, Isabella Alden (who wrote under the pen name Pansy) was a prolific and widely-read author of girls’ fiction. One of the things that readers love the most about Alcott’s Little Women is the way that the four sisters each have such different personalities and aspirations. Four Girls at Chautauqua captures this personality mix as well, except the four heroines are friends rather than sisters.

Ruth, Eurie, Flossy, and Marion surprise even themselves by leaving the city to spend two weeks “roughing it” in the woods at a Christian retreat. The adventure changes them and further cements their friendship; their stories continue in five more books, finally culminating in their return to Chautauqua as grown-up mothers, twenty-five years after that memorable summer.

Imagine Jo March leaving the Boston area to settle with her family on the frontier of Wisconsin. Now imagine Jo March out there with brothers, running wild through the fields and forests and making friends with local Indians. This is Caddie Woodlawn’s life, and it’s such a fun read! Caddie experiences a similar character development to Jo, as she faces the necessity of growing up and taking on responsibilities, striving to maintain yet channel her feisty nature.

The novel and its sequel are based off of experiences of the author’s grandmother.

This book follows the adventures of five sisters growing up Jewish in New York city. The book was written in 1951, but because it’s autobiographical it’s set in the early 1900s, when Sydney Taylor was a little girl. Like the March sisters, the girls aren’t wealthy, but what they lack in worldly goods they make up for with imagination, rich family traditions, and the bonds of sisterhood.

Sense and Sensibility by Jane Austen, 1811

Although it predates Alcott’s novel, Sense and Sensibility is still an excellent book for fans of Little Women. Readers cherish the tight friendship among the March sisters in Little Women, and Austen’s novel gives us the Dashwood sisters to love. The plot of Sense and Sensibility is closely tied to the fortunes of the two sisters as they go from wealth to poverty. And of course, as you have in Little Women there’s a very nice dash of romance in Austen’s novel, too!

Like Isabella Alden, Fanny Fern was another contemporary of Louisa May Alcott who was a bestselling author in her day, yet receives limited attention in the twenty-first century. Fern was a sought-after newspaper columnist when she published Ruth Hall, her first novel. The book is a semi-autobiographical account of a mother seeking to make a living as a writer, whilst putting up with a pair of awful in-laws.

Fern has her heroine, Ruth, retain the copyright to her work, a forward-thinking move that mirrors Fern’s own choice in real life. (And as the Greta Gerwig movie of Little Women taught us, Louisa May Alcott owned the copyright to her novel as well. Although, the movie edits the fact that it was at her publisher’s suggestion.) Fern’s copyright gamble paid off. Ruth Hall was a smashing success, and within a year Fanny Fern was the highest-paid newspaper columnist in the United States.

The Makioka Sisters by Jun’ichirō Tanizaki, 1943-48

This Japanese classic centers around four sisters living in Osaka just before the start of World War II. But like the Civil War in Little Women, the war here is merely a backdrop for the family matters going on at home. The Makiokas are a declining aristocratic family, clinging to tradition even as their world is tilting into the modern era. The two older sisters are married, and now their aim is to get the (undecisive) third sister settled, while attempting to stifle the headstrong youngest sister.

Clocking in at over five hundred pages, some readers find the novel’s preoccupation with mundane details boring, while others praise the calm prose and subtle symbolism. It’s not a book to rush through, but to savor.

The Fountain Overflows by Rebecca West, 1956

Set in Edwardian England, The Fountain Overflows is told through the eyes of precocious, young Rose Aubrey. Like Little Women, The Fountain Overflows explores the dynamics of a talented family living in genteel poverty. There’s other similarities, too–Clare Aubrey is an adored mother akin to Marmee, and both novels are episodic and semi-autobiographical.

And then there’s differences. The father in Fountain is no Mr. March; his gambling and neglect of his family are what ushered in the hard times to begin with. The Fountain Overflows is also darker than Little Women and less orderly. If you’re up for a sometimes odd and rambling–but also subtle and insightful–family novel, settle in with this!

Alright, your turn: What books would you recommend for fans of Little Women?

More posts on the subject of Little Women 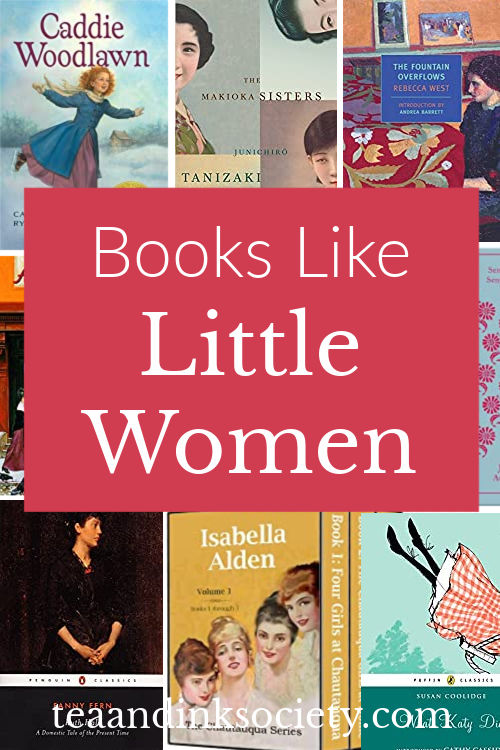