Love tea and classic books? Sign up for the Seasonal Reading Subscription Box!

Ever wondered what classic chapter books are worth adding to your family’s library? These 50 chapter book picks are child and parent approved, and make for excellent family read-alouds! Get your children hooked on classic books from an early age–or use this reading list to fill in the gaps with classics you may have missed when you were little. 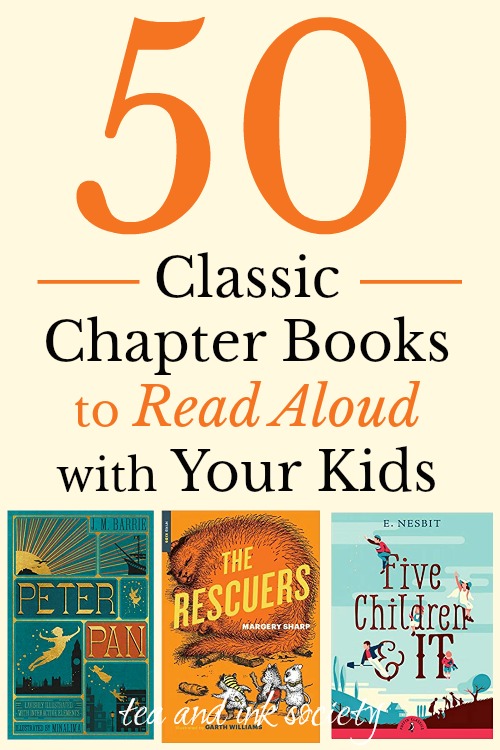 One of the best gifts you can give your children is a love of reading. And reading aloud classic, time-honored chapter books will build that foundation. It’s magic when it happens–you cuddle next to each other on the couch and as the stories unfurl your child takes it in, to blossom out with empathy, imagination, and a sharp mind.

First, you start small. You read picture books to them when they’re very young, and gradually they stop dancing on the couch and learn to sit, and look, and listen.

Then, when they’re a little older, say three or four, you pick out a chapter book–with illustrations–and introduce them to the life-changing concept of the To Be Continued story.

You make fun voices and you read with feeling and you pause to explain when you need to, and they get hooked on read-alouds forevermore. You can whip that book out to tame the most chaotic waiting room experience. You can slip in a chapter when you and your child need some alone time together. You can read outside while you loll in the grass or read in the car to pass the miles. You might find that reading together as a family will change your life.

But then, what chapter books should you read?

There are many fantastic children’s chapter books published each year, but I’m not an expert in those. I’ll recommend what I do know, and that’s classic children’s literature.

I was blessed with a large family of six kids growing up, and we read aloud daily: a chapter book with Mom in the mornings, a different chapter book with Dad after supper. We read a variety, not just fiction or classics, but many of our favourites–our repeat read alouds–were classics. That’s the book list I’m giving you today. This is a sampling of some of the excellent classic chapter books we read as a family, with a few mixed in that I discovered or read on my own.

Read these aloud to your children, or students, or grandchildren. Read these to yourself if you missed out on them growing up, or just want to build your own foundation in the classics as an adult reader. 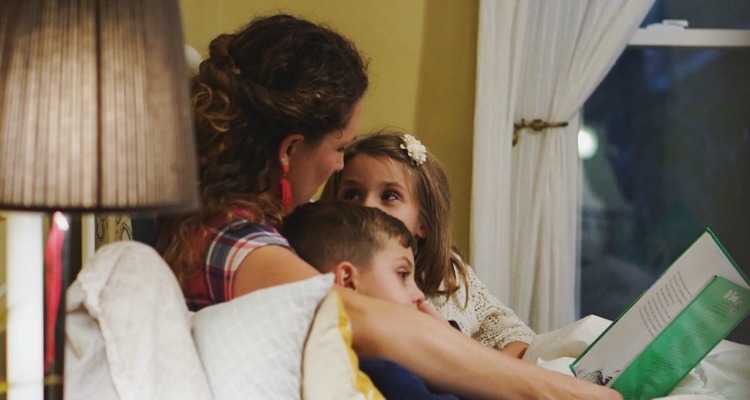 (Click the book’s title to go to the Amazon page for pricing options and to read more reviews!)

What are your family’s favourite classic books to read together?