Many period drama fans love the 2004 BBC North and South miniseries, but it fails Elizabeth Gaskell’s original novel. Here’s why fans of the book need a new definitive version. 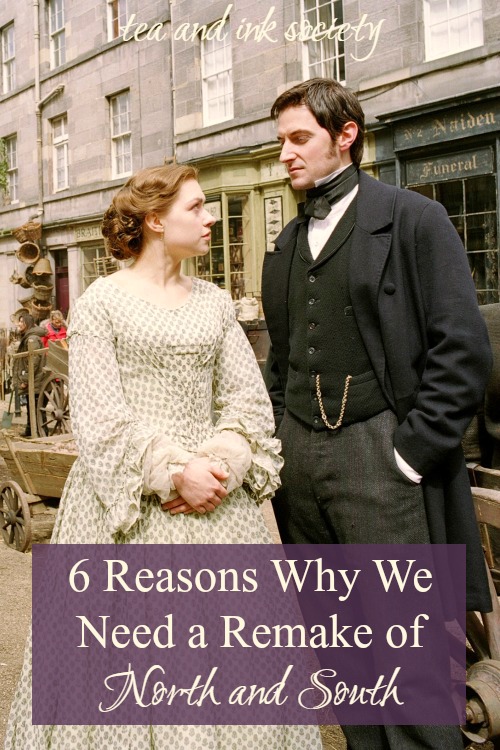 Fifteen years ago Elizabeth Gaskell’s 1885 novel North and South may have been one of the best-kept secrets of Victorian literature. But when the BBC miniseries adaptation burst onto the screen in 2004, that pretty much changed forever.

The North and South TV serial has a wildly enthusiastic and staunchly loyal fanbase. I fully expected to join their ranks when I finally watched the series a few months ago. But I didn’t. In fact, I was bitterly disappointed by the first episode.

For years, friends had told me to read (or watch) North and South, but I put it off. Somehow I had the mistaken impression that it was a Very Long Novel. When about a dozen of my readers over at Richly Rooted strongly urged me to read the book and watch the movie, I finally complied.

The book had me spellbound. 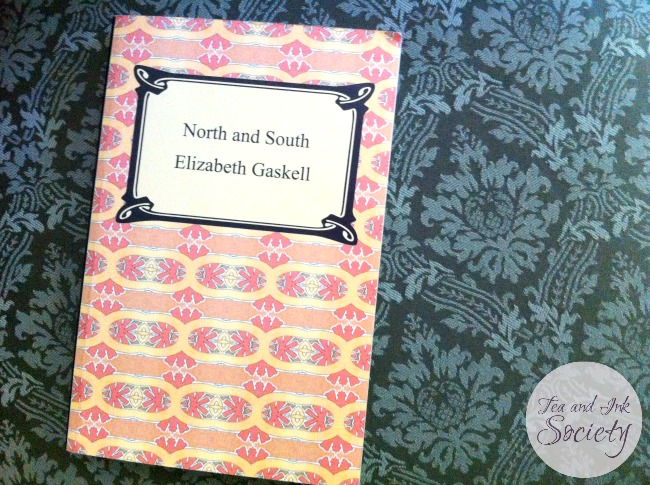 I’ve read dozens of Victorian novels, but North and South pulled me through the pages as few have. You know you’re hooked on a book when supper comes and all you can think about is getting in bed with your novel to find out what happens next!

I had great expectations when I finished the book and popped the first disc of the miniseries into my laptop a few days later. I couldn’t wait to add my voice to the widespread acclaim.

There are some miniseries that are the worse for a retelling, like some of the Anne of Green Gables film adaptations out there. While the BBC North and South is not a bad show taken on its own, the story could absolutely benefit from a fresh and more faithful rendering of the original novel. No disrespect to fans of the miniseries, but having watched it so close on the heels of reading the book, I couldn’t help but see the shortcomings.

I have my reasons, and before you banish me to a life in the cotton mills, please hear me out and see if you don’t agree with at least some of these!

Note: This contains spoilers. If you’ve seen the movie you should be okay, but if you are unfamiliar with the story, exit out of this post and go read the book right now. 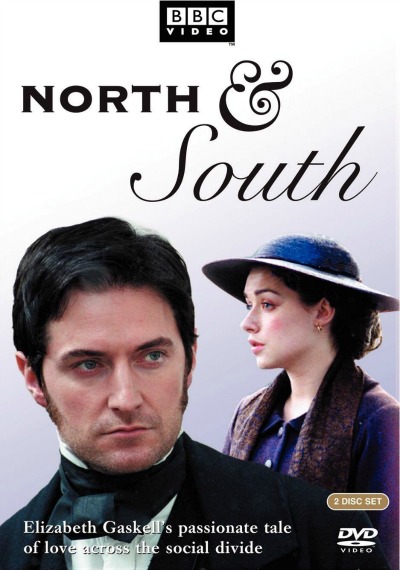 The 2004 movie glosses over the first several chapters of the book far too quickly. Yes, there’s only so much you can include in a 4-hour miniseries. But fans of the novel know how important these opening scenes are. For one thing, they take place in Margaret’s beloved south of England. These chapters help us to understand her, which in turn helps us grasp the initial gap between Margaret and Mr. Thornton.

The film gives us a beautiful but fleeting glimpse of Helstone, before we’re whisked to Milton with a few paltry lines of dialogue to make amends. Mr. Hale’s decision to leave the Church of England is a prominent–if mysterious–theme in the first half of the novel, but the screenwriters ignore it in favour of the industrial narrative.

2.The portrayal of Margaret

Margaret Hale, the leading lady of Gaskell’s novel, is passionate, brave, opinionated, compassionate and highly sensitive–with a hefty dose of pride and strikingly good looks. She has a touch of Fanny Price’s stubbornness and ability to feel deeply, without Fanny Price’s shrinking violet syndrome. She has all the fire and haughtiness of Elizabeth Bennet and then some. In short, she’s a remarkable heroine, and stands far above many of her Victorian sisters. 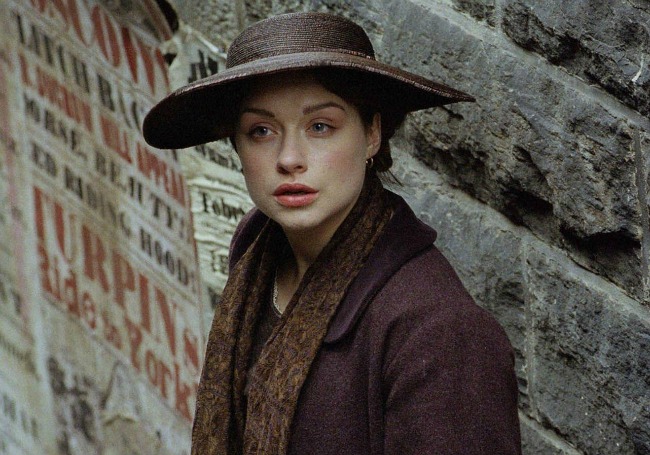 In the 2004 adaptation Margaret is completely different. While the Margaret Hale of the book changes and matures, the Margaret of the movie seems beyond needing much character growth or development. Unless she’s lashing out at Mr. Thornton, she’s apathetic and sleepy. When she comments to her father in one scene that she’s tired, I couldn’t agree more.

3. The scene where Mr. Thornton beats the daylights out of his employee

In the book, our first impressions of Mr. Thornton are that he’s just some guy–and an unremarkable one at that. Margaret’s voice is the first thing we hear in the novel, and we get her innermost thoughts immediately after. But it takes us much longer to get to know John Thornton. We hear his name dropped in a few commonplace ways, and when we finally meet him he seems awkward and boring. We learn his true faults and virtues gradually. 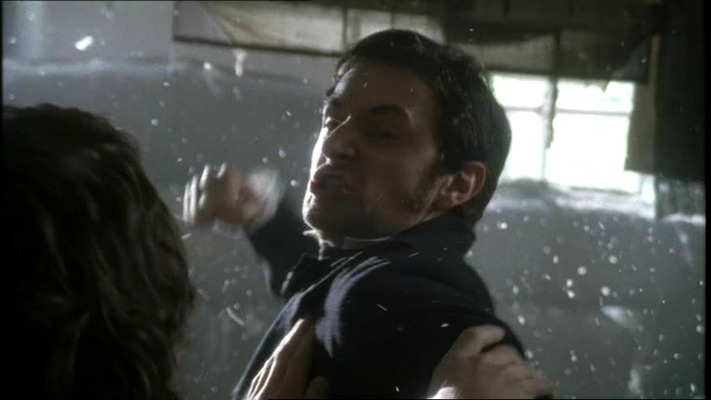 How do we meet Mr. Thornton in the movie? We get a couple of shots of his stony face, and then he goes down to the machine floor and starts beating one of his workers to a pulp. It may be good drama, but it’s completely false. Mr. Thornton is a hard man and would certainly fire an employee for endangering the mill, but there’s no way he would beat him up. There are much better ways to show the ideological differences between Margaret and Mr. Thornton.

Margaret gets four proposal scenes in the TV miniseries, and all of them deviate from the book. In the show, Mr. Lennox’s proposal is hasty and unconvincing. I can reconcile myself to the time constraints and forgive this. The second proposal is between Margaret and Mr. Thornton, and it feels like a rehash of the first Lizzie/Darcy proposal in Pride and Prejudice. Thornton even alludes to her unfortunate family circumstances, a point which he never mentions in the book. 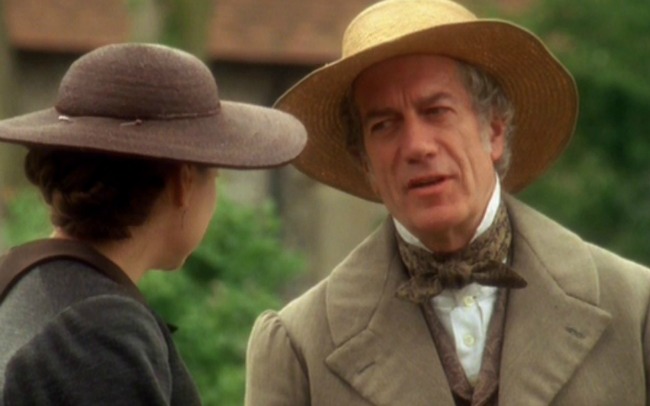 The third offer of marriage comes from Mr. Bell on the heels of Mr. Hale’s death. It’s apocryphal and awkward. The fourth and final proposal somewhat captures the feel of the book scene, but it’s very different in setting and dialogue. In the book, Margaret and Mr. Thornton come to their romantic understanding in private–and after all they had been through, I’m sure they liked it better that way(;

The two main action scenes in the book are the mob scene outside Marlborough Mills and the scene at the train station with Frederick. The events of both of these scenes are key to the misunderstandings between Margaret and Mr. Thornton. They’re present in the film series, but oddly truncated. I would gladly give up a few “walking through the streets of Milton” shots to see these important scenes more fleshed out. Actually, why not give up that apocryphal and overly-Austenized scene at the Great Exhibition?

6. The personalities of most of the supporting cast

I can allow some leeway for an actor to reinterpret their role. However, across the board the cast’s personalities are so very different from how they’re written in the book that I felt there was hardly a familiar face. It’s either the director’s misreading of Gaskell’s characters or some intentional miscasting. I love the actors who play Nicholas and Bessy Higgins, but for an accurate rendering of the book they don’t belong in these roles. Aunt Shaw and Mrs. Hale have more in common with Dickens caricatures. Mr. Lennox looks like he swallowed a fish. And I can’t put my finger on it, but Dixon just doesn’t seem like herself.

I don’t appreciate the addition of Ann Latimer to the story (supposedly a rival for Mr. Thornton’s love). She’s superfluous, and it feels like the screenwriter is Austenizing again. Granted, I like the comic changes they made to Fanny’s character. Mrs. Thornton is wonderful, and Mr. Bell is convincing. And Richard Armitage’s Mr. Thornton is perhaps the only reason why we don’t actually need a remake of North and South.

If they could recast Richard Armitage in a brand-new, true-book miniseries or film adaptation, maybe we’d finally have a definitive version.

Where can you watch the BBC North and South?

The 2004 BBC adaptation of Elizabeth Gaskell’s classic Victorian novel is available to stream on Britbox. The miniseries is split into four episodes, with a total runtime of 234 minutes. North & South is not currently streaming on Netflix or Amazon Prime.

What do you think? Do we desperately need a new North and South, or are you perfectly pleased with the current offerings? Are you a devotee of the book?

P.S. Has anyone seen the 1975 version of North and South, starring Patrick Stewart and Rosalind Shanks? According to the Amazon reviews, it’s dated but more faithful. I’m intrigued!

P.P.S. Another book-to-film adaptation that I feel needs a remake is the 1991 version of Elizabeth von Arnim’s beloved novel The Enchanted April. So I went ahead and came up with my own dream cast for an Enchanted April remake! Here are 7 other classic novels that are excellent candidates for a movie or miniseries.