The summer Seasonal Reading Box ships out June 15! Click to reserve a box!

Want to make some recipes inspired by famous books? Enjoy a literary feast with 9 foods from novels and classic children’s books that you can make at home! These literary recipes will remind you of your favorite iconic food scenes from books! Try eating them while you read the book, or serve these dishes to go with a book club discussion. 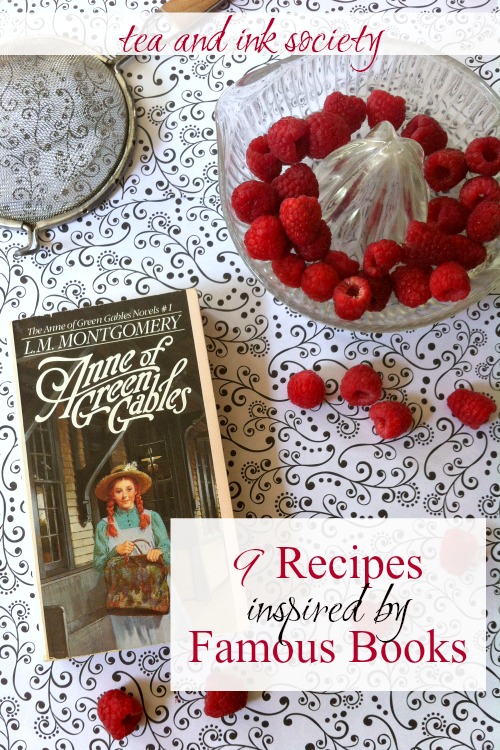 Good literature appeals to all the senses, so much so that a good written description of food can actually make you hungry! When food is mentioned in books it either contributes to the overall flavour of the book, or makes one scene particularly memorable. The banquets in Redwall are an example of the former; the series contains some of the most famous feasts in literature. But when you think of food in Anne of Green Gables, you probably think of the memorable scenes involving liniment cake or raspberry cordial.

I’m fascinated by the way foods tell us something about the books they’re featured in–and more intimate still, the people who eat them. The pickled limes from Little Women show us Amy: she wants to be fashionable and popular. Edmund’s choice of Turkish Delight in The Lion, the Witch, and the Wardrobe reveals that he’s impractical, self-indulgent, and lacks substance. And the lembas bread that Frodo and Sam eat on their journey to Mount Doom? It tells us that the hobbits haven’t lost hope; that they’re pure and good–unlike Gollum, who chokes when he tries to eat the Elven food.

What better way to digest the symbolism of food in literature than by eating the food while you read the book? As C. S. Lewis said, “eating and reading are two pleasures that combine admirably.”

I dug around the internet and found nine mouthwatering recipes inspired by novels you (probably) already know and love. Eating these dishes while you read or discuss the book makes the reading experience more memorable–a bit like seasonal reading does.

Enjoy your literary feast with these bookish recipes!

Although I’m sure Marilla’s currant wine would be delicious (in decent amounts), I always felt a little sad that Anne accidentally served it instead of the intended raspberry cordial. Raspberry cordial just sounds so buoyant and festive! Thankfully, now I can sample what Dianna Barry missed with this raspberry cordial recipe from Nourishing Simplicity! 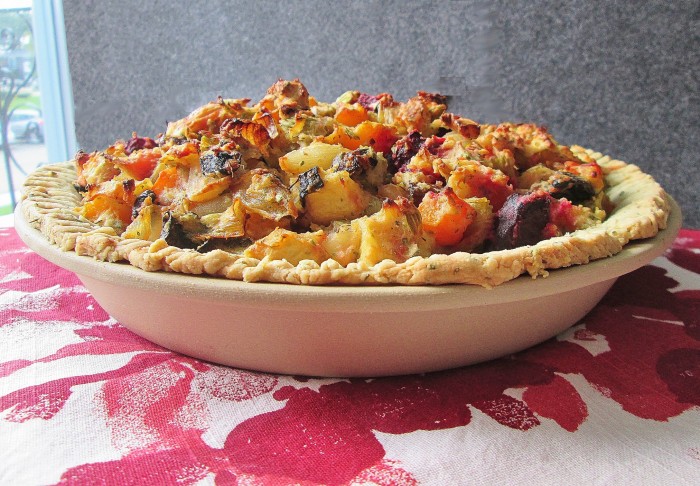 I can’t think of food in literature without thinking of Brian Jaques’s Redwall series. The animals have a feast (or two) in every Redwall book, and the descriptions are enough to make your mouth water. Thankfully, fans of the series have recreated literary meals and dishes mentioned in the books! You can bring the flavour of Mossflower Woods to your table with this hearty recipe for Deeper ‘N Ever Turnip ‘N Tater ‘N Beetroot Pie. This gorgeous dish would be fantastic for fall–and quite impressive at a festive gathering!

3. Butterbeer from the Harry Potter series

Butterbeer recipes abound online, so if you’ve ever read the books and wondered what this oft-mentioned beverage tastes like, you’re in luck! Here’s a cold version of Butterbeer that’s similar to what you might find in the Wizarding World of Harry Potter at Universal. For a hot, alcoholic version of Butterbeer with an Old World feel, check out this recipe.

Amidst the privations of Lowood boarding school, Jane and her friend Helen are given a rare treat when kind Miss Temple shares a seed cake with them. Miss temple cuts slices “with a generous hand,” and in Jane’s memory that tea time is like a feast for the gods. 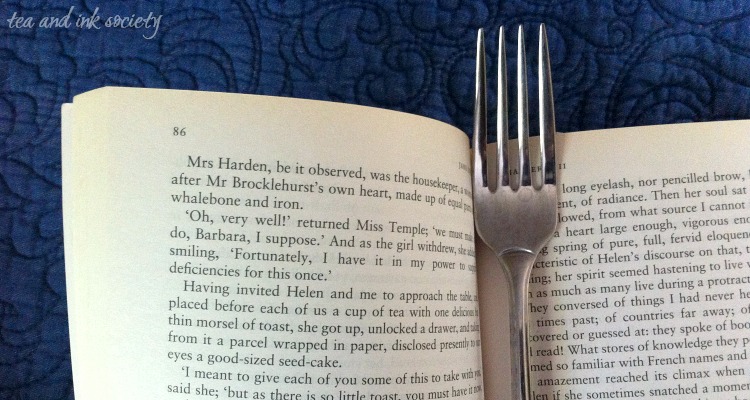 Seed cake is a very traditional Victorian recipe, so you’ve probably seen it mentioned in other novels, too. It makes a delightful accompaniment to your reading sessions and tea times. Serve generous slices while you watch Jane Eyre or another period film at your next girls’ movie night. Here’s a recipe for old-fashioned seed cake that I’d love to try!

Remember how pickled limes are “the fashion” among the girls at Amy March’s school? Amy explains to Meg and Jo that “the girls are always buying them, and unless you want to be thought mean, you must do it too. It’s nothing but limes now, for everyone is sucking them in their desks in schooltime, and trading them off for pencils, bead rings, paper dolls, or something else, at recess. If one girl likes another, she gives her a lime. If she’s mad with her, she eats one before her face, and doesn’t offer even a suck.”

Pickled limes aren’t sweet–they’re tart and salty–but that’s not surprising since kids often seem to be drawn to tart flavours (remember Warheads candy?). You can make pickled limes with this recipe. I also recommend reading this interesting blog post about the history surrounding Amy’s pickled limes.

6. Turkish Delight from The Lion, The Witch, and the Wardrobe

This candy is Edmund’s pick when the White Witch gives him the choice of having any food he can think of. The White Witch lets a drop of liquid from her magic bottle fall onto the snow, “and instantly there appeared a round box, tied with green silk ribbon, which, when opened, turned out to contain several pounds of the best Turkish Delight. Each piece was sweet and light to the very center and Edmund had never tasted anything more delicious.” 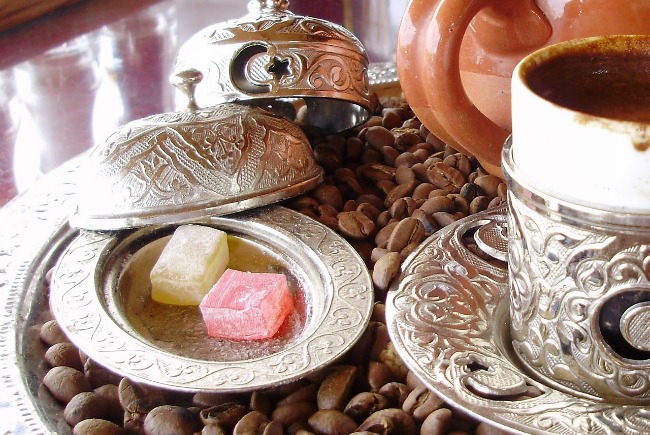 If you’ve never had this dessert, you should try it! I’m sure I couldn’t eat pounds of it like Edmund did, but in small portions it’s delectable. Here’s a recipe for homemade Turkish Delight, so you can nibble the candy while reading the story.

7. Ginger Water from The Long Winter

In book six of the Little House on the Prairie series, Ma Ingalls makes ginger water for Pa and Laura. It’s cool, refreshing, and unexpected. Wilder writes that “Such a treat made that ordinary day into a special day, the first day that Laura helped in the haying.” We were huge fans of the Little House books, and my Mom made ginger water for us kids from The Little House Cookbook. Years later, I came up with my own version. This drink makes an excellent substitute for Gatorade, so I call it Gingerade!

8. Lembas bread from The Lord of the Rings trilogy

Lembas bread is a wafer-like food made by the Elves to sustain travelers on their journey. It seems to contain some Elfin magic, as it keeps for many days and just a small portion is enough to sustain a grown man. It’s fitting that lembas bread has a mystical quality to it: Tolkien may have had the Eucharist in mind when he wrote lembas bread into his books.

Try your hand at making homemade lembas bread the next time you embark on a journey!

9. Cheese and toast from Heidi

Johanna Spyri’s Heidi takes place in the Swiss Alps, and the book is full of mentions of cheese, goat’s milk, bread, and other common but comforting fare. Here’s how the novel describes Heidi’s first meal at her grandfather’s cottage:

“Was the milk nice?” asked her grandfather.

“I never drank any so good before,” answered Heidi.

“Then you must have some more,” and the old man filled her bowl again to the brim and set it before the child, who was now hungrily beginning her bread having first spread it with the cheese, which after being toasted was soft as butter; the two together tasted deliciously, and the child looked the picture of content as she sat eating, and at intervals taking further draughts of milk. 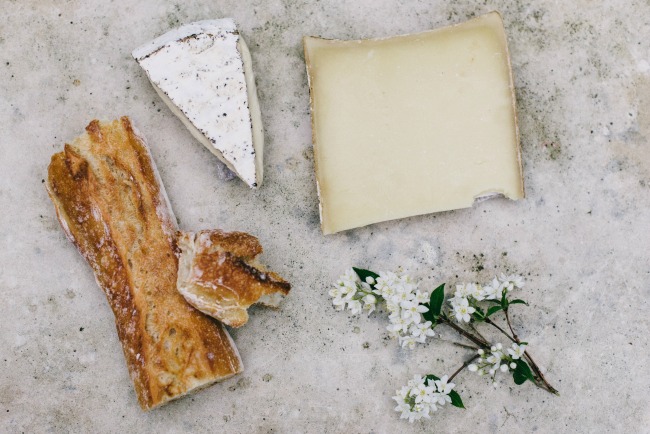 Heidi was a favourite of ours growing up, and reading it always made us hungry. My mom instigated the tradition of the “Heidi snack”: goat’s milk that we got to drink from wooden bowls, with slices of bread and sometimes cheese. It was a nourishing treat, and something I’d still gladly eat any chance I got!

For many more recipes from fiction books, classic novels, and children’s literature, pick up a copy of one of these literary cookbooks for book lovers!

Drinks pair well with books, too! Read this post on favourite book and tea pairings suggested by Tea and Ink Society readers!

What’s your favourite food scene from a book? Have you ever tried recreating a literary recipe?