Get The Blue Castle by L. M. Montgomery in our summer Seasonal Reading Box! Sign up here! 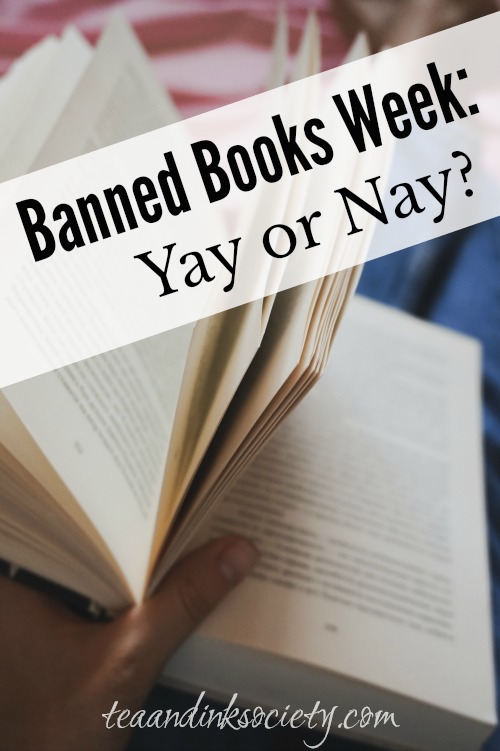 Banned Books Week: It’s Not What You Think

The last week of September usually marks the annual Banned Books Week, founded in 1982 and promoted by the American Library Association. The goal of Banned Books Week is to draw attention to censorship and to celebrate the freedom to read. Sounds like a worthy cause…right?

It seems like every bookseller and booklover sings (or tweets) the praises of Banned Books Week, but I’m going to be the one stodgy bookworm dissenting from my armchair. My opinion: I think Banned Books Week is a little silly. A bit over-hyped. And maybe does more harm than good.

You’ve probably seen the Banned Books reading challenges that populate Pinterest and Google during the last week of September (and re-appear throughout the year). You’ve seen the checklists asking “How many banned books have YOU read?” Or perhaps you’ve seen promotional bulletin boards at your local library, decorated with jail bars or flames cut from construction paper.

It’s very sensational. Just listing a book as “banned” feels like an irresistible challenge to go get your hands on a copy and read it ASAP. Being subversive is fun. And by reading this banned book, you are bravely fighting ignorance, right?

When you take a closer look at typical banned books lists, it seems like an odd mix. The spectrum includes Charlotte’s Web on one end, and Lolita on the other. Where’s the rhyme or reason? Basically, a book might be “banned” for any reason, spanning from someone having an issue with talking animals (Charlotte’s Web), to themes of domestic abuse, racism, or gender politics. Quite the mix!

Looking at how eclectic these lists are, it seems a little foolish to read a book “just because” it was banned by somebody, somewhere.

Books are occasionally banned by specific schools, curricula, or libraries. More often, books aren’t actually banned, simply challenged by a concerned parent or patron. The thing is, people don’t challenge or ban books because they hate reading or are anti-literacy and anti-freedom. People challenge a book for a specific reason (although not everyone will agree that it’s a good one).

After I realised this, it seemed even more silly to get swept up in lionizing Banned Books Week. Why should we pedestal a book because some elementary school library pulled it from their shelves due to explicit content?

Crusaders for Banned Books Week may feel like they’re fighting a war on ignorance, but it seems to me like they’re just picking a fight. What most people overlook is that books aren’t actually banned or censored by the United States government at all. Instead, Banned Books Week is essentially speaking out over individuals who are exercising their constitutional rights to dissent.

Words really do have power. They can inspire–or haunt–you for decades after you’ve read them. Just because they’re printed in a book doesn’t make them inherently “good” in some way. And it certainly doesn’t make them appropriate for every reader. 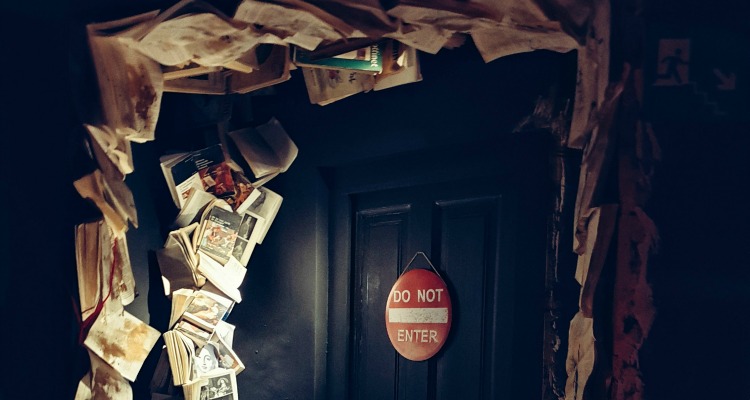 In my personal reading life, I strive to be an intentional reader. I welcome books that make me think or that give me fresh perspectives, but I’m not going to read a book simply because it’s billed as controversial. If I start a book that I find distasteful, I don’t feel compelled to finish it. (Incidentally, here’s one way I vet books before I begin.) And if I come across a book that I don’t think is appropriate for its context–say, in my kids’ school library–I’m never going to be afraid to voice my concerns.

What are your thoughts on Banned Books Week? Do you think it’s needed? Do you think schools and libraries should be allowed to ban certain books from their shelves?

What I Love and Hate About the Mystery Genre