Need a riveting good book to bring on your summer vacation? Pack one of these smart summer thrillers and enjoy every page-turning twist while you soak up the summer heat. 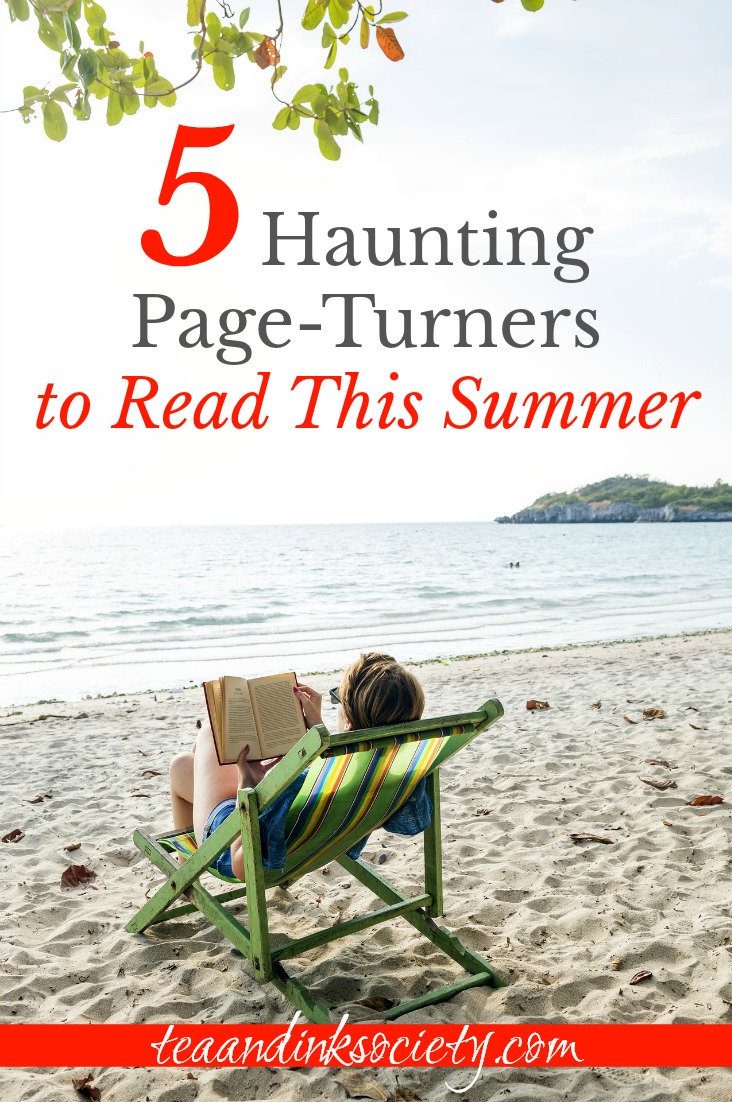 Thrillers and Page-Turners to Read This Summer

Summer brims with activity just like any other season, but it’s important to have a few lazy days where you do practically nothing–except submerge yourself in a good book. I love to fall into these “reading hazes,” especially when I’m on vacation…baking by the pool, stretched out on the sand, or back in the afternoon air conditioning of the hotel.

There are all kinds of good books to read in the summer, but adding a few summer page-turners to your TBR are a must. Novels that take place in the summer have a time capsule feeling, since summer itself is usually such a distinct chapter, both in fiction and in real life. In summer thrillers, the tension builds with the heat. Everything you read in the novel takes on a shimmering, mirage-like quality, sometimes punctuated by blistering detail, other times lulling you to a false sense of security. 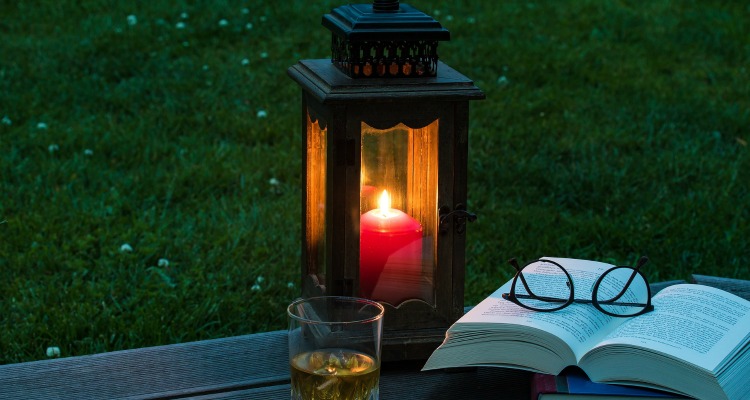 Below, I’ve put together a list of five summer page-turner novels that will give you just such a feeling. Be warned: these reads aren’t light and bouncy. After finishing one, you may very well need to cleanse your palate with a glass of cold lemonade and a more gentle, endearing summer read, like an Elizabeth Enright novel.

You should also know that they all end rather abruptly, and you may be a bit annoyed with their lack of resolution. But these novels are classy, well told, and worth a read.

You’re going to be hooked.

One hot summer’s day in 1900, a group of boarding school girls attend an outing to Hanging Rock. Four of the girls decide to explore, but only one comes back. Even more mysterious still, the stodgy mathematics teacher disappears as well. The events of that fateful day quickly ripple out in concentric circles, touching lives of friends and strangers…sometimes with fresh beginnings, sometimes with more tragedy.

I’ve never read anything quite like Picnic at Hanging Rock, a novel that’s stayed in my head and under my skin. I can see why it’s developed a cult following, sparking speculation and debate both for its veracity and its ambiguous ending.

Joan Lindsay was an Australian author, and her book takes place in her native country, which gives it a unique flavour. And remember, the seasons are flipped from the northern hemisphere, so although the fateful picnic takes place on Valentine’s day, it’s late summer. Lindsay spins this tale with masterful narration and layers of interlocking themes that beg re-reading.

If you’re comfortable with a book that will likely haunt and puzzle you for years to come, Picnic at Hanging Rock is that book.

Good to know: Hunt down a copy of The Secret of Hanging Rock if you want to read the deleted 18th chapter of the original novel. Watch Peter Weir’s 1975 hit film adaptation (it’s beautiful!), or check out Amazon’s 2018 miniseries if you don’t mind more significant departures from the novel. (I found that one lush and intriguing, but there was uncomfortable R-rated content, and some symbolic parts that were just plain confusing!) 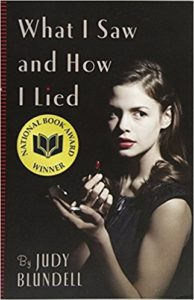 2. What I Saw and How I Lied by Judy Blundell

It’s shortly after World War II, and Evie is eager to settle into family life with her parents. But something’s keeping her stepdad on edge, and everyone’s shocked when he insists on leaving New York for an extended family holiday in south Florida. It’s there that Evie meets Peter, a handsome young man who claims a wartime friendship with her dad. Blinded by infatuation, Evie only dimly recognizes the web of lies that begins to draw tighter and tighter around her.

The reader may guess what’s about to happen, but it shakes Evie to the core. What’s interesting is that although she’s forced to abandon her fantasies, Evie discovers agency in her adult life. I’m convinced she won’t make the same mistakes her parents did.

Even though you can feel where this one’s heading, the story remains gripping and enticing. The sensory snapshots and details make it easy to picture. It’s as if you’re watching the story as a movie but also tasting and smelling and feeling it at the same time. And all of the characters, even the most minor ones, have distinct markers that make them feel entirely real.

If you want a lush, Hollywood-glamour suspense tale that feels like Hitchcock, What I Saw and How I Lied is your book. 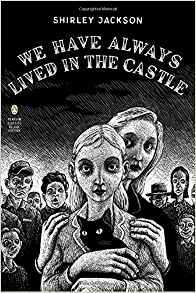 3. We Have Always Lived in the Castle by Shirley Jackson

Two sisters live in an old Victorian mansion with their invalid uncle. The rest of the family died all at once, after dinner. The villagers distrust the surviving members of the Blackwood family, barely holding back their hostility to Merricat when necessity forces her into the village each week for groceries and library books. For a while, her talismans bar unwanted visitors from trespassing on the Blackwood property. But that all changes the summer that a long-lost cousin shows up and infiltrates their family rhythms. Merricat is determined to send him packing–even if that means taking drastic measures.

Although I enjoy the thrill of being scared, I’ve never read much in the horror genre. That’s probably because I assume (and it’s often true), that the genre is full of gore and grossness. But with this, my first introduction to Shirley Jackson, I can see there’s a distinction between cheap horror and classy horror. Jackson writes the latter…and now I want more of it. Her short novel is creepy and weird and suspenseful, so masterfully laid and layered that I was on the edge of my seat, on mental high alert the whole time.

If you want an American Gothic novel that manages to be both disturbing and cozy, pick up We Have Always Lived in the Castle.

Good to know: This little novel got a recent movie adaptation, which I thought represented the book quite well!

Brat Farrar doesn’t know what he’s getting into when he assumes the identity of the long-lost Patrick Ashby. Of course, there’s the chance that his “twin,” Simon, will recognize him as an impostor. Or that the Ashby family will reject him. Then again, there’s the possibility that the deception will hold and he’ll inherit the estate. What he doesn’t expect is just how entangled he’ll become with the Ashbys, nor the increasingly high stakes of the moral dilemmas he’s faced with.

Josephine Tey is usually classified as a mystery writer. However, her novels aren’t straight whodunits; they’re often more in the vein of a suspenseful Daphne du Maurier drama. She wrote during the Golden Age of detective fiction, but is lesser known due to the fact that she was a very private person and only published eight mystery novels during her career.

For me, reading Brat Farrar was a bit like discovering a secret treasure. I can’t wait to dig into her other novels and become one of her fiercely loyal fans “in the know.” While I adore Agatha Christie, many of her characters–although vivid when first encountered–slip from my memory soon after the case is solved. Not so with the cast of Brat Farrar. I know these characters, and care about them, and that makes the unfolding drama all the more riveting.

If you love mysteries with a trace of moral ambiguity, add Brat Farrar to your summer reading list.

Good to know: There’s a 1986 BBC miniseries of this, but you may be hard pressed to find it):

5. We Were Liars by E. Lockhart

At first glance, the Sinclair family seems to have it all. They’re an old New England aristocracy, with looks, money, and a private island where the family gathers each summer. But underneath the surface they harbour catty squabbles, competition, and the darker effects of years of privilege. Then a terrible accident happens the summer that Cadence, the oldest grandchild, is fifteen. Two years later, Cadence returns to the island and fights her amnesia as she struggles to piece together what really happened.

With sparse prose and an unreliable narrator, We Were Liars makes for a twisty, compelling thriller. If you’re packing this book to take on vacation, pack some other reads, too, because you’re going to get through this one fast! While I have some beefs with this novel (it was a little too sparse in parts), I loved the atmosphere of the island, the camaraderie of the cousins, and the breadcrumbs Lockhart throws out as we gradually find out what happened. I also thought Lockhart’s use of fairy tale motifs and structure were fascinating, and added to the unsettling quality of the story.

For a riveting, heart-breaking summer mystery, read We Were Liars.

Good to know: With its bestseller status, it’s no surprise this one’s getting made into a movie, too. 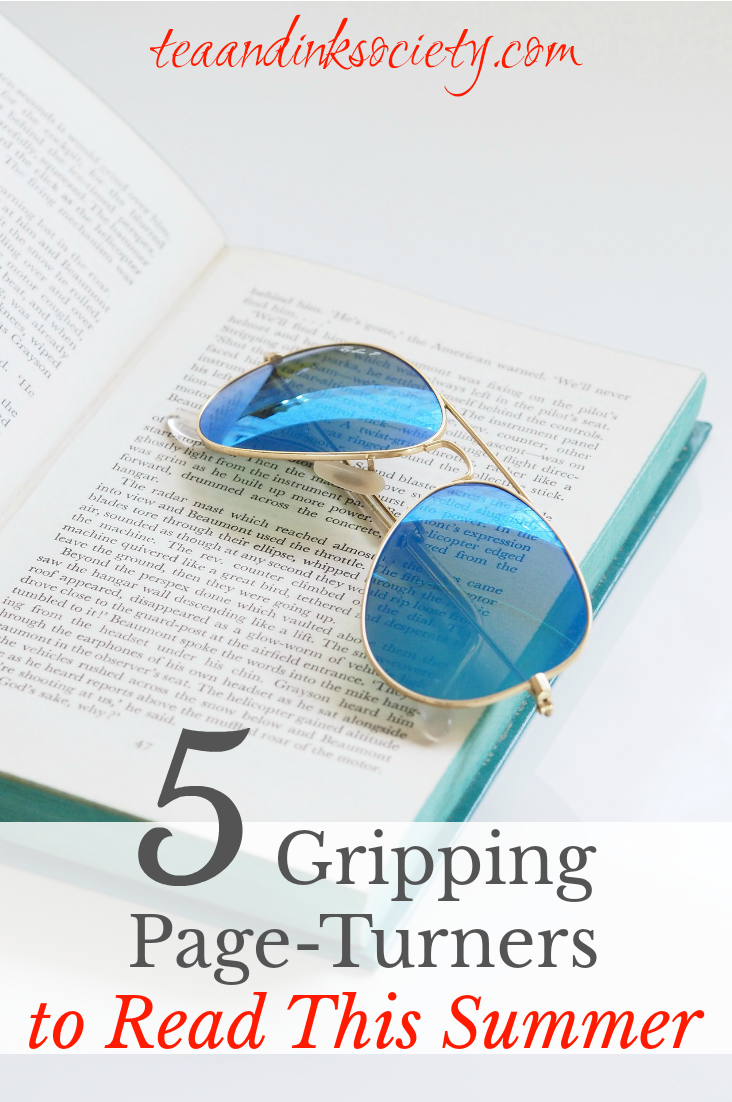 And if you love to match your reading material to the seasons, you may be interested in signing up for my quarterly Seasonal Reading subscription box! Details here.