These beach reads all take place by the sea or on the ocean. Add them to your summer reading list and toss one in your beach bag before you hit the sand! (Also great to read if you want to imagine you’re at the beach, but can’t actually go there!) 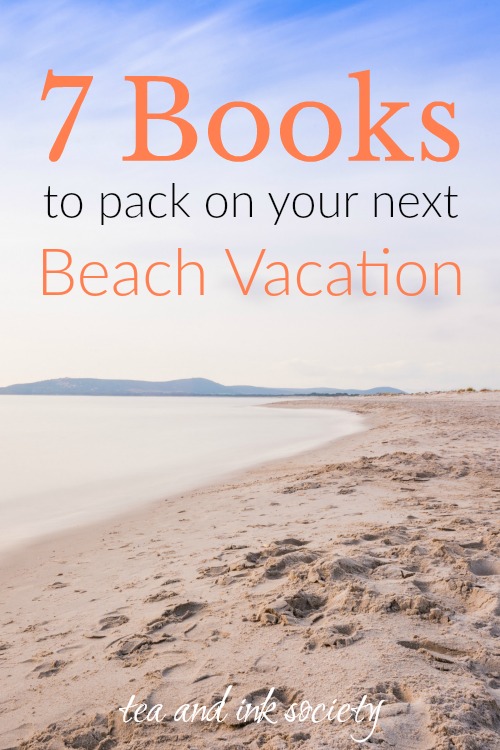 Books Set at the Beach or Near the Ocean

Planning a beach vacation? If you’re a bookworm, picking which books to bring will be just as important as selecting your outfits. Since you’ll be in the sand and sun with the crashing waves in view, choose a few books that fit that setting, and you’ll be all set.

I’ve curated a few ocean-saturated reads that I think you’ll like, and will do your beach vacation justice. You’ll find four classic novels set at the beach, plus three nonfiction beach picks if that’s more your cup of tea. Two of the nonfiction recommendations are a little intense (you’ll see what I mean). But if you can handle it, they’ll be all the more vivid for reading them on the beach!

7 Books to Read on the Beach

1. A Ring of Endless Light by Madeleine L’Engle

Part of L’Engle’s lesser-known “Austin family chronicles,” this YA book set at the beach is a treasure. Although it’s book 4 in the series, I think you can get away with reading it out of order if you want to.

Fifteen-year-old Vicky Austin is spending the summer on a small island with her family. It’s not exactly a vacation, though. Vicky’s grandfather is sick and declining rapidly, and Vicky can’t bear to lose him. She also has to sort out her feelings for three very different boys she’s spending time with. In the midst of a confusing summer, the one thing that makes sense for Vicky is the dolphins she’s spending time with and has grown to love.

I don’t think you’re ever too old to read children’s books, and this sweet 1930’s classic makes the perfect summer escape. On an ocean crossing, two sisters are set adrift in a lifeboat after their ship is damaged. They’re not alone, though—they have four babies to rescue and look after! When the lifeboat reaches a tropical island, the girls begin a Robinson-Crusoe-style life as castaways.

Likely you know Anne already, thanks to school reading lists or Anne of Green Gables film adaptations. But have you ever wondered what happens to Anne after she grows up? In this novel, newlyweds Anne and Gilbert move to a small cottage by the sea in the village of Four Winds Point. Here they make new friends, and face joys and sorrows that draw them closer together and teach them to cherish life all the more. Out of the eight Anne books, this is one of my favourites.

4. Evil Under the Sun by Agatha Christie

Christie’s novels are always great vacation picks, but Evil Under the Sun is especially apt for its setting. The famous Belgian detective Hercule Poirot is on holiday at a seaside resort. His fellow vacationers are an eclectic bunch, but it’s clear that Arlena Marshall is the center of the most attention and gossip. When the flirtatious Arlena is found dead on the beach, Poirot is drawn into a clever web of suspicion and lies as he seeks to bring the truth to light. I’ve been an Agatha Christie fan for many years, but this is one of my favourites for its particularly good puzzle plot.

5. In the Heart of the Sea by Nathaniel Philbrick

This fascinating nonfiction book set on the ocean recounts the true events of the whaleship Essex, which sank in the South Pacific after being attacked by a giant sperm whale. If that sounds like the stuff of fiction, that’s because it is—the incident inspired Herman Melville to write Moby Dick.

But the whale was only part of the tale, and Philbrick paints the whole picture. You see the events leading up to the tragedy and you get to know the ship’s crew and the families they left behind in Nantucket. And perhaps most interesting of all, you find out what happens after the Essex sank, following the harrowing journey of the sailors adrift on the open sea.

6. Close to Shore by Michael Capuzzo

This nonfiction beach read takes you to the Jersey shore, summer of 1916. America is a year away from entering World War I, but for the holiday goers at a popular seaside resort, a very different threat shows up right on their doorstep. A rogue Great White shark starts attacking swimmers, and no one knows when—or where—he’ll claim his next victim. This isn’t a novel, but it reads like one. With memorable real-life characters and fascinating historical detail, you’ll get swept up in the narrative and won’t be able to put it down until you find out what happens.

Close to Shore won my “Book Oscar” for Best Nonfiction Page-Turner a couple years back.

7. Gift from the Sea by Anne Morrow Lindbergh

This quiet and beautiful book shares Lindbergh’s reflections on solitude, simplicity, and self knowledge, contentment and life’s changing seasons. Lindbergh wrote these essays in the 1950s, while on a solo vacation by the sea. I loved the beach imagery and metaphors she uses to comment on life. There’s so many good bits of wisdom here; it’s the kind of book I want to read every year for the perspective and insights it contains. 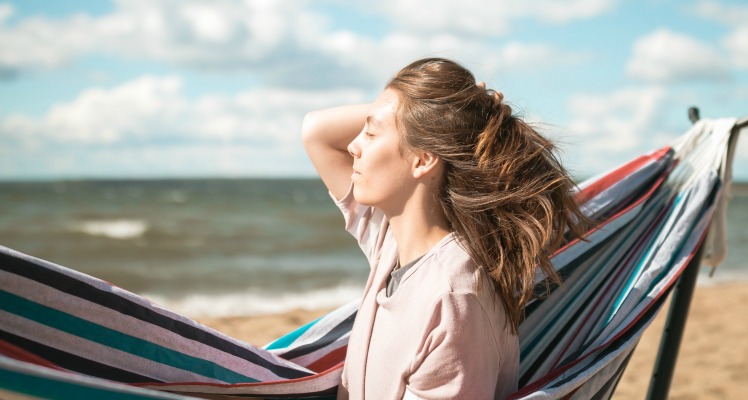