Do you remember the Wishbone TV series on PBS? Through some unique storytelling, the show introduced a generation of kids to Great Books and classic works of literature. As a reader of classic books, I have many fond memories of the series. In my opinion, Wishbone is the best TV show for book lovers of all ages! 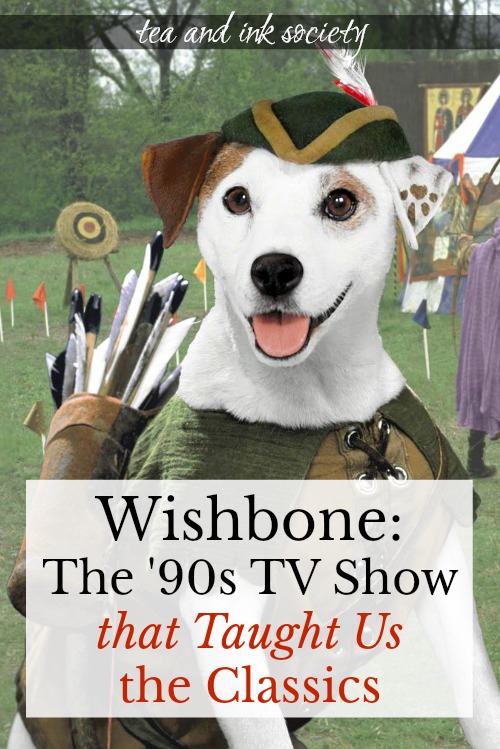 Picture Mr. Darcy–aloof, taciturn–wearing a cravat and tailored coat. Now add to that mental image the fact that Mr. Darcy happens to be a dog. A Jack Russel terrier, to be precise.

If you were a kid in the 90s, chances are you hadn’t yet met Mr. Darcy in Jane Austen’s novel, but you had seen him onscreen…as played by Wishbone the dog. 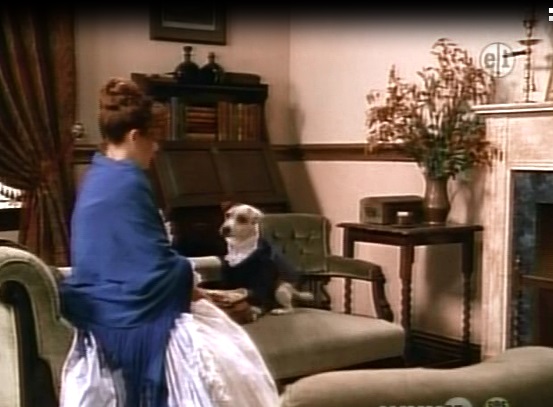 In the delightful (and quite remarkable) TV show Wishbone, a Jack Russel terrier visits various classic works of literature in his daydreams and gets to play well-known characters such as Tom Sawyer, Robin Hood, and Odysseus. The show was produced from 1995 to 1997 with a total of 50 episodes and aired on PBS. It was extremely popular, winning four Daytime Emmys and a Peabody, and it enjoyed reruns until 2009.

Each 30-minute Wishbone episode features two story lines–one that takes place in a classic book, and one in Wishbone’s modern world of Oakdale, where he lives with his human owners and friends. The modern-day story line parallels themes from the classic. When Wishbone is in a classic he’s the only talking animal (unlike the Muppets movies), but all the human characters can hear him talk and they treat him like a human. So it’s a bit humorous when at the end of the Rip Van Winkle episode, the daughter starts petting Wishbone and exclaims “Oh, you are my father!”

Wishbone is witty and clever, with plenty of action, as well as “life lessons” for the teenage characters in Oakdale. And it really does give kids a great taste of classic books, perfectly mingling “instruction with delight” in a way that would make Newbery proud.

If you want to introduce your kids to the classics–or honestly, if you just want a very entertaining overview for yourself–then go look up Wishbone posthaste. Even growing up without a TV at home, my siblings and I were huge fans of the show, which we got to watch during visits to my grandparents’ house.

Wishbone is where I first encountered the terrifying Mrs. Havisham of Great Expectations, and learned the story of Twain’s The Prince and the Pauper. The two stories we watched the most (and which I think were two of the best Wishbone episodes) were “Salty Dog” (Treasure Island), and the TV movie Wishbone’s Dog Days of the West (based on O. Henry’s short stories). My brother had these on VHS, and we watched them so many times that my family still quotes lines to this day!

To introduce your kids (or yourself) to more works of classic literature, have a look at my Ultimate List of Classic Chapter Books, as well as this list of 101 Top Classic Books to Read in Your Lifetime.

Here’s a fun, casual interview with series creator Rick Duffield, in which he shares behind-the-scenes tidbits, plus why he felt Wishbone was an important show to make:

(Follow this link if you can’t get the video to play.)

Where to watch the Wishbone TV series

Wishbone is not currently streaming on Netflix, Hulu, Amazon, or any of the streaming services. However, if you search Youtube with “Wishbone [episode title],” you can find just about every full episode. (Scroll down in this post for a list of every Wishbone episode title.)

Sadly, it’s difficult to find hard copies of the show, other than a few high-priced VHS and DVDs on Amazon. However, we all know the media loves to get more mileage out of nostalgic TV shows, toys, comic books, et al. I was interested to learn that a Wishbone movie is, in fact, in the very early stages. So far we know it will be produced by Mattel Films with Peter Farrelly at the helm, distributed by Universal Pictures, and written by Roy Parker.

A Wishbone movie release would be the perfect opportunity for re-releasing the episodes on DVD or streaming, would it not? I did contact Universal Pictures Home Entertainment (who currently owns the Wishbone series) to inquire. They told me that no plans have been announced for any release. But I’m still going to keep an interested eye out as the movie develops, because I wouldn’t be surprised if they want to tap into our Millennial wallets. 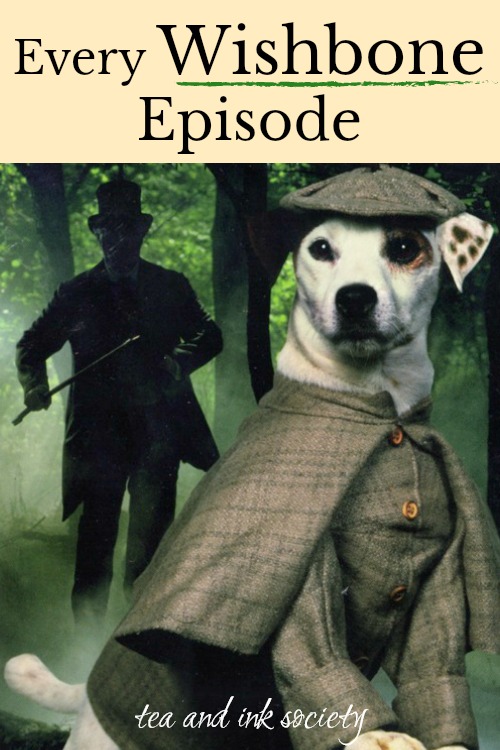 Every Wishbone episode (and the classic stories they’re based on)

Although Wishbone only ran for two seasons (and season 2 was very short), the kids’ show made a huge impact on its viewers, many of whom are still loyal fans as adults (myself included)! You can tell someone had fun coming up with all of these puns for the episode titles! My dad would’ve loved that job. I’m quite excited to see that there are episodes based on The Moonstone and Northanger Abbey. Somehow I missed those!

Where I could find an episode sold on Amazon, I linked the title to the listing. But they’re expensive): There is also a DVD that includes four episodes: “Hot Diggety Dawg,” “The Impawsible Dream,” “The Hunchdog of Notre-Dame,” and “Paw Prints of Thieves.” There is currently no complete Wishbone collection on DVD. Hopefully that will change! 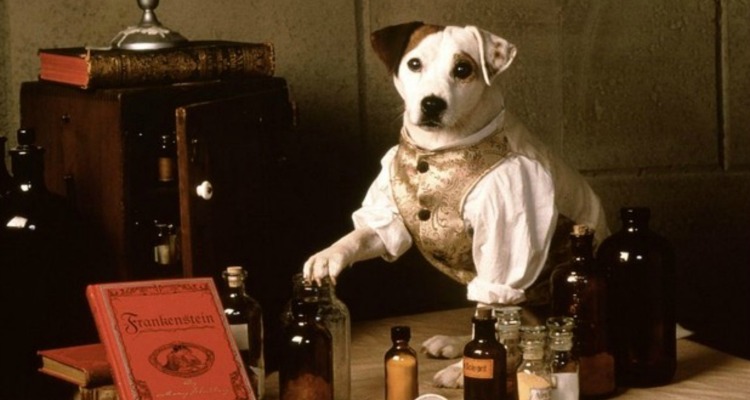 Wishbone’s Dog Days of the West (Heart of the West by O. Henry – “A Call Loan,” “The Reformation of Calliope,” and “Cupid a la Carte”)

There were so many things about the show that make it memorable, but perhaps most memorable of all is the catchy opening theme song composed by Tim Cissell, with lyrics by Lynn Adler. I’ll leave you with this pleasantly stuck in your head as you go about your day:

(Here’s the video link, if you can’t get it to play above.)

Tell me: Did you ever watch Wishbone? What episodes did you like best?