If you want classic young adult fantasy series, you’ll love these 7 picks, with unforgettable characters, plots, and worlds that stick in your mind for years to come. Read them on your own or to your kids, but they deserve a spot on your fantasy bookshelf! 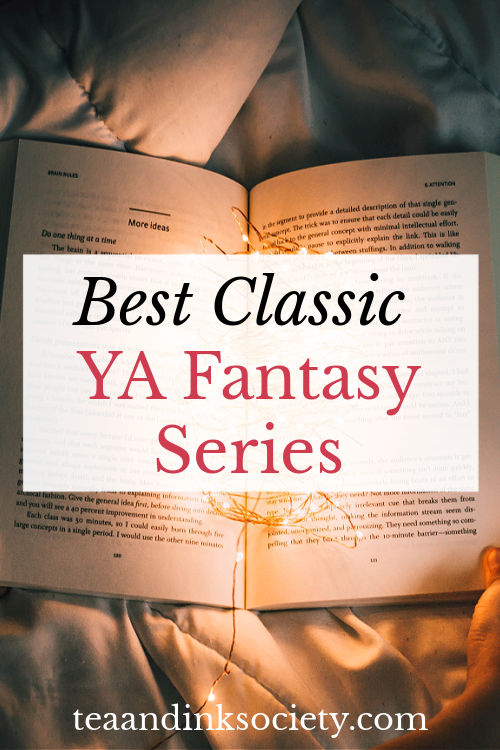 Go to the library and you’ll easily find a plethora of young adult fantasy series. Too many, in fact. It’s hard to know what’s actually worth reading!

If you want some good classic YA fantasy, turn to these old school style authors and series. They’ll help re-enchant your world…and maybe call to mind those fantastical stories you made up for yourself when you were little. And what’s great about this list is that they’re all complete fantasy series, so if you love the first book you can pick up the next and keep on exploring, but not have to worry about waiting on the author to finish the series! Most of these are books I discovered in junior high and high school, and are part of the fabric of my imagination.

Now I’m entrusting them to you.

Yes, this is Merlin the wizard of Arthurian legend–but not where you’ve met him before! Barron creates an epic backstory for Merlin’s teenage years, with a complete fantasy world separate from England. His world building and character development are thoroughly engrossing, and contributed to many pleasant reading hours when I was a young teen! (I thought the first book was a tad slow, but the series does pick up!)

Begun in the mid-1990s, the series originally spanned five volumes. Barron has since extended it to twelve books, completing the set in 2011. I was thrilled to discover there’s a Disney movie in the works, with Philippa Boyens (of Lord of the Rings) as the writer!

Get the books on Amazon
Visit T. A. Barron’s author website

2. The Dark is Rising Sequence by Susan Cooper

Susan Cooper also plays with Arthurian legend, but situates her stories in modern-day Cornwall and Wales. When I read this series as a teen, I didn’t realize how long they’d been around. They were published in the 60s and 70s! I found all of the child protagonists to be very relatable and realistic–and it’s quite fun to join them in sleuthing for Arthur clues in a pre-internet world.

3. The Unicorn Chronicles by Bruce Coville

While unicorns get cameos in plenty of other fantasy novels, Coville lovingly gives them their own world–and epic story–in this four-volume series. The first book introduces Cara, a young woman who takes a (literal) leap of faith into Luster when she’s forced to jump off a church tower. A mysterious man is hunting her, and Cara discovers that he’s part of a brotherhood that seeks the destruction of all the unicorns of Luster–just as they did in our world.

The first two books are readily available on Amazon, but the last two are strangely expensive unless you buy them used. Visit Bruce Coville’s author website here.

4. The Time Quintet by Madeleine L’Engle

A Wrinkle in Time is a school reading list classic, but many people aren’t familiar with the subsequent books in this “science fantasy” series. Each has a very different flavour, but has those trademark L’Engle oddities that beg for re-reading in order to fully picture and “get” the novels. I like how the series spans a number of years (the last book features Meg’s oldest daughter as the heroine). It’s always interesting to see what happens to your favourite characters as they grow up!

5. The Gateway Chronicles by K. B. Hoyle

If you adore Narnia, this series is probably the closest match you’ll find. Reading it won’t feel like a retelling, though, as Hoyle creates a distinctive world, characters, and rules of magic. At their families’ summer camp in northern Michigan, six teenagers enter a portal to the magical world of Alitheia, where they encounter a cryptic prophecy and an ancient evil. They return to camp–and Alitheia–once each year, and each time the stakes are higher, with more answers and new riddles.

I love how this series is so carefully planned out, and makes intriguing use of literary alchemy to give us clues and a satisfactory story arch. (If you loved the alchemical structure of Harry Potter, you’ll eat this up!) This series has recently been re-released! There’s no boxed set, yet, but you can buy the books individually on Amazon. Visit K. B. Hoyle’s website here.

6. The Chronicles of Prydain by Lloyd Alexander

This five-volume high fantasy series follows the hero’s journey of Taran, who starts his story as an unheroic assistant pig keeper. Prydain is a fictional world that draws on Welsh geography and mythology. Alexander fleshes it out in a way that makes Prydain deeply realistic and knowable to his readers–similar to that sense of believability you get with The Lord of the Rings or The Chronicles of Narnia.

This trilogy is set in Scotland, where American twin siblings are reluctantly spending their summer vacation. (Personally, I would’ve been excited by the prospect!) Peter and Jennifer discover that ancient magic is alive and well in the little village–and their foster grandparents know all about it. The books are geared towards middle grade readers, but they still make for fun, quick page turners for your own weekend reading list! These will be the books I give my kids to read on a rainy summer day when it’s too stormy to play outside.

These books aren’t sold as a boxed set, but you can get them separately online.
Visit Jane Yolen’s author website 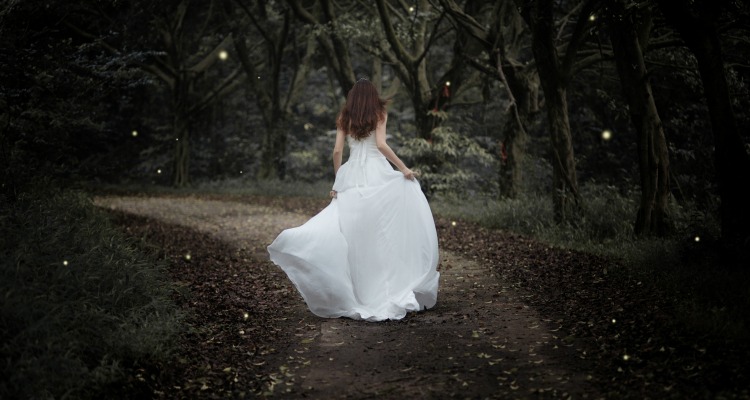 What are your favourite young adult fantasy series? Did you grow up with them, or are they new discoveries? 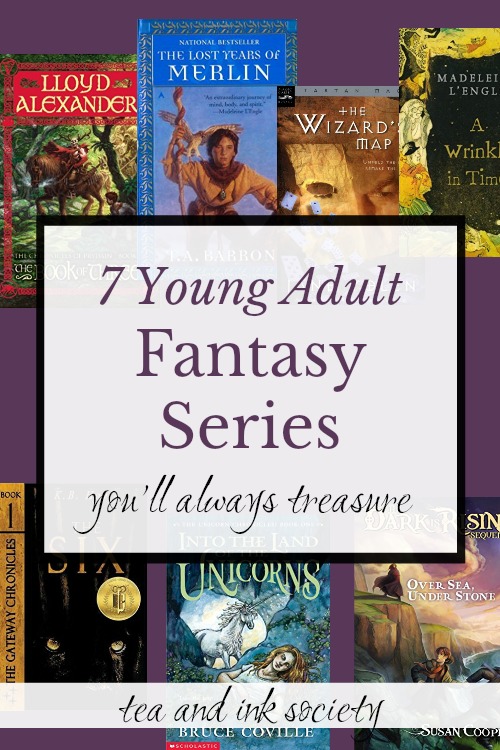