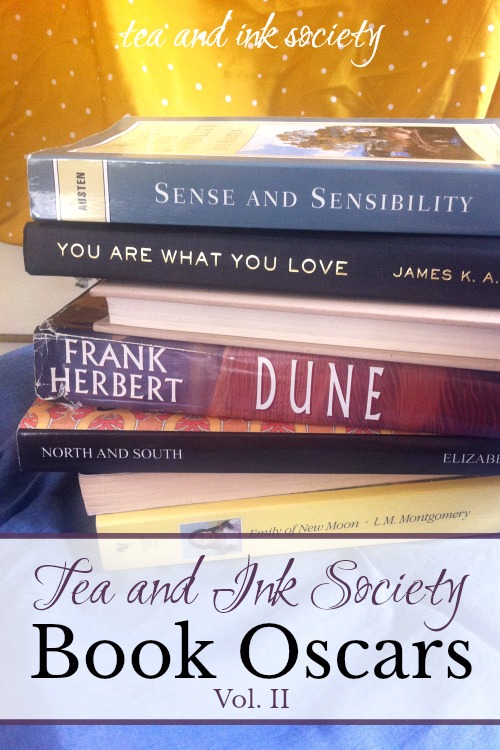 Book Oscars, that is…

As I did last year, I’m recapping the outstanding and most memorable reads from the past year. I have a number of awards to hand out to my favourite characters and books! Now, please note that the following list is not based on books that came out last year, but on my personal reading list from 2017. There are some new-to-me books that made the cut, as well as a couple beloved re-reads. And as often happens with the movie Oscars, a few books took prizes in multiple categories!

I’m excited about the books on my reading list for this year, but it’s a little wistful to bid farewell to my 2017 reads. It’s a book nerd problem, I suppose. So let these illustrious awards commemorate them for all time and [internet] space!

Out of all the many heroines I met last year, I was most impressed with Elinor Dashwood from Sense and Sensibility by Jane Austen. Most of the other characters in Sense and Sensibility like and respect Elinor, but only the reader has insight into what a true heroine she is. In fact, as I mentioned in this post, Elinor is the kind of person I’d like to be.

This award goes to Ilse Burnley. Ilse is Emily’s best friend in L. M. Montgomery’s Emily of New Moon trilogy, which I re-read last year. Although I love the Anne-Diana friendship, Emily and Ilse are more evenly matched. They bring equal amounts of fire and spunk to the friendship. Ilse is a vibrant, unexpected character I’ll never be able to forget. (For other memorable literary friendships, check out this post!)

I’m happy to give the Best Hero award to the inimitable Mr. Thornton of Elizabeth Gaskell’s North and South. Sigh. They don’t write heroes like this anymore…or not as often as they should! I had the exquisite pleasure of reading North and South for the first time, and without any knowledge of what the plot would hold. I didn’t recognise Thornton as the hero when he was first introduced, which was perfect. My estimation of him grew as Margaret’s did (well, maybe a little faster than hers did!).

P.S. After completing the book, I watched the BBC adaption of North and South. But here’s why I’m demanding a remake!

Another win for the Emily novels…this award goes to Cousin Jimmy! Many of the locals view Cousin Jimmy as a simpleton, but he’s in fact wise and kind, with a poetic soul that understands Emily in a way none of her other relatives can. I think my favourite chapter with him may be the doughnut scene after Emily’s angry midnight walk!

Mrs. Norris from Mansfield Park deserves this title like no other. Jane Austen created many unpleasant characters, but Mrs. Norris is perhaps the only true villain. She has a corrupting influence on the few people she actually cares about. For the people she despises, such as Fanny Price, Mrs. Norris is consistently cruel and dehumanizing. I’m not even sure Filch’s cat deserves to be named after her!

Austen is always a master of conversation, but the dialogue in Mansfield Park really made this a page turner for me! I was captivated by all the subtleties Austen introduced in her characters’ talk. To me, the insights we’re given into Fanny’s thoughts are as much a part of the dialogue as what the more loquacious characters speak aloud.

North and South takes another award! I love the light-handed romances in Austen, but the love story in North and South has a more passionate tempo, akin to a Bronte or some of Dickens. Gaskell weaves romance into her novel in a satisfying way–there’s plenty of it, but it’s always important to the overall plot and integral to the main characters’ development.

The Riddle of the Sands by Erskine Childers took my breath away. It’s a spy story and a one-off novel for Childers, two things which make the handsome prose quite surprising. Childers took me to the Baltic Sea, a place I’ve never been before (in books or otherwise), and enchanted me with descriptions of gem-like fjords and treacherous, inscrutable quicksands. The seascapes pulled me on as much as the intriguing plot.

P.S. I also recommend The Riddle of the Sands in my post on Nautical Novels That Will Make You Want to Run Off to Sea. 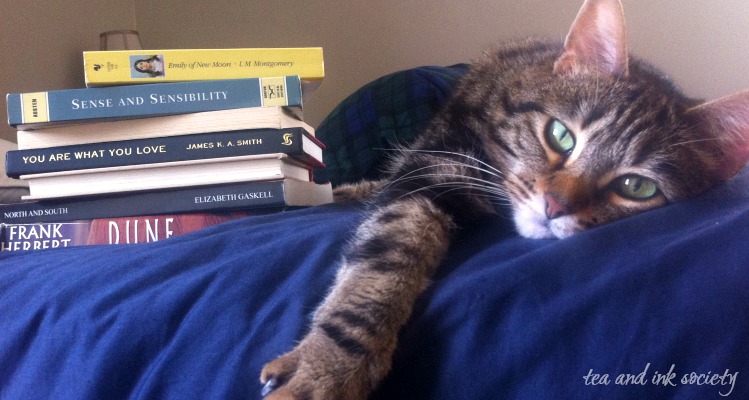 This award goes to Dune by Frank Herbert. My husband is gradually getting me caught up on the sci-fi classics and must-reads. So Dune was an obligatory read, but turned out to be a gripping story as well! (My husband does have good taste.) I loved the epic scope of the novel, the hostile setting and perilous odds, and man…those sand worms are genius! I’m glad this book will be turned into a movie soon.

This past summer I burned my way very quickly through Michael Capuzzo’s Close to Shore. Capuzzo recreates the Jersey Shore shark attacks of 1916, a series of incidents both startling and chilling. He manages to include loads of fascinating historical detail while still maintaining the drama and horror of those twelve days. I still swam in the ocean after reading his book, but goodness knows I’ll never try to be a distance swimmer now! I wasn’t exactly thinking about it before, but now I’ll definitely check that off my list(;

I read several books in this category, but You Are What You Love takes the award by a long shot. James K. A. Smith helped me to identify aspects of our culture that I don’t want to align with, and gave me concrete, life-giving ways to be more intentional in how I respond to the culture and raise my family.

What were the best books you read last year? Do you have any book Oscars to hand out?

Want to see what made the cut for other Tea and Ink Society Book Oscars? Visit these posts: