You’re never too old for a good, escapist melodramatic novel. Enjoy these five cozy romantic classics when you’re in the mood for an old-fashioned love story. 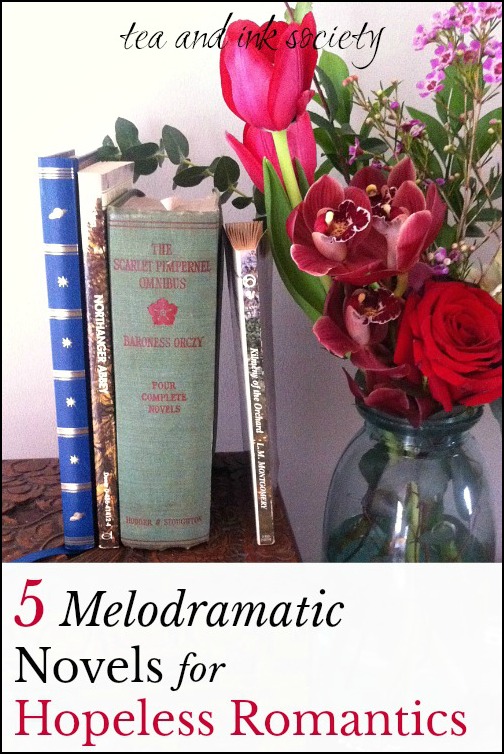 If you’re like me, you may have relished, in your younger days, a good deal of melodramatic novels. You know–the classic kind of melodramas–the kind that critics claim are a “product of their times.” Critics might be a bit dismissive when they say that, but there’s much to enjoy in a good melodramatic classic. I’ve included five classic romance novels in this post, and all of these you can read online for free!

What is a melodramatic novel?

Melodramatic novels feature a satisfying (if sometimes over-the-top) romantic element, and readers get the quick gratification of being thrown into the romance almost right away. It’s not hard to figure out what the characters think and feel; emotional exploration is a common theme in melodramatic fiction. Melodramas have sensational subject matter that always makes for an engaging plot–family secrets, sacrifices, class barriers, and near-death experiences.

Some of us…those of us who are hopeless romantics at heart…never grew out of melodrama. I like to read according to my mood, and every now and then the mood strikes me to read something unabashedly romantic and melodramatic. I don’t care if the love story is a bit cheesy or the lovers too perfect. This kind of read is just fun sometimes, and I let the author sweep me along with their unreserved storytelling.

In honor of Valentine’s Day this month, lose yourself in one of these delightful melodramatic classics. If they don’t actually make you swoon, they’ll certainly make you smile(:

1. The Inheritance by Louisa May Alcott

Italian orphan Edith Adelon lives as companion and ward in an aristocratic English family. One summer, the handsome Lord Percy comes to stay with them, enchanting all with his gentlemanly bearing and his woeful tale of a past love, now gone beyond the grave. Cousin Ida sets her cap at him, but finds that Lord Percy is increasingly smitten with Edith. When another young lord visits the estate, love triangles quickly form.

The Inheritance is everything you could wish for in a melodramatic novel. It boasts plenty of noble, flowery language; tender feelings; proposals and rejections; near-death experiences that result in hand-wringing and profusions of tears; and secrets with dramatic reveals. In fact, it’s the kind of tale the March sisters would’ve swooned over and acted out, with Jo as the creative mind behind it. Makes sense, since Louisa May Alcott wrote this novel when she was only seventeen. The Inheritance was Louisa May Alcott’s first novel!

When you keep the young author in mind, this novel is a delight to read. It’s quite short, and particularly perfect to read in one sitting on a breezy spring or summer afternoon. I loved it for its insight to Alcott’s mind and literary influences. Alcott must’ve been taken with Jane Austen’s Mansfield Park, as Edith is a dead ringer for the gentle, virtuous Fanny Price, and Lord Arlington smacks of Henry Crawford. You also get a foretaste of other narrative threads to come in Little Women–the boating picnic with Laurie’s aristocratic friends, and the picturesque Europe as experienced by Amy March.

You can read The Inheritance online for free HERE.

2. Kilmeny of the Orchard by L. M. Montgomery

Despite being an extremely eligible bachelor, Eric Marshall has no intentions of getting married. Fresh out of college, Eric agrees to take a substitute teaching position on Prince Edward Island as a favor to a friend. He thinks he’ll find little to interest him besides the scenery–and certainly no one to change his mind about matrimony! But in an overgrown orchard he happens upon Kilmeny, a girl beyond his wildest dreams. Her only flaw, it seems, is that she’s completely mute.

I haven’t read all of Montgomery’s short stories, but this is the most melodramatic I’ve seen her in a novel! Kilmeny of the Orchard was published early in her career, and feels a bit like a story Anne Shirley would’ve come up with for her Story Club. (This makes me wonder whether Montgomery drafted it much younger, similar to Alcott and The Inheritance.) It’s simple and sweet, with Montgomery’s hallmark depictions of a sublime natural landscape.

Montgomery is perhaps consciously presenting Kilmeny as a fairy tale; several references are made to fairy tales, including a poem at the start of the novel. It certainly seems to read as one, with a “princess” in a walled garden of sorts, under a spell of muteness, visited by a handsome prince trying to win her love. In any case, while this might not have the realism of Montgomery’s other works it’s certainly a charming read for when you’re in a swoony mood.

Read an online version of Kilmeny of the Orchard HERE. And check out this post for a list of beautiful editions of L. M. Montgomery novels.

It would seem that John Ridd and Lorna Doone are star-crossed lovers. John Ridd is a humble farmer, Lorna the highborn favourite of the outlaw Doone clan. And to complicate matters, the Doones are responsible for the death of John’s father. Nevertheless, John is determined to rescue Lorna from the outlaws’ valley, before she is forced to marry the boorish Carver Doone.

Although Lorna Doone has never been out of print since its publication in 1869, it’s not especially well known. It’s something of a hidden gem, in fact, because this novel is an excellent read! There’s plenty of action scenes, high drama, and old-fashioned romance. I recommend this one for people who’ve read Ivanhoe. If you liked that novel as an historical romance written in the Victorian period, you’ll love this. And if you didn’t like Ivanhoe, still read this, because Lorna Doone is much better.

Catherine Morland, the heroine of Northanger Abbey, is herself an avid reader of melodramatic fiction. When family friends offer her a chance to leave her sheltered life and visit Bath, she eagerly accepts–bringing her pre-conceived notions of romance and adventure along. Once in Bath, she quickly falls for Henry Tilney who, “if not quite handsome, was very near it.” Henry’s sister invites Catherine back to the Tilney family estate, and Catherine’s imagination is set aflame at the prospect of visiting a real abbey. She assumes it’s probably haunted with secrets akin to her beloved Gothic novels, and begins to invent intrigues around every corner.

Jane Austen parodies melodramatic fiction–especially the Gothic genre–in this novel. So you’ll find melodrama, but it’s quite intentional! Catherine is young and imaginative and ready for an adventure, and Austen gives her one. Of course, it comes with more hard realities than she expects. Catherine comes of age not just as a parodied heroine but as a true heroine in her own right. And so as a reader you get both: a fun melodrama and a skillful piece of literature.

5. I Will Repay by Baroness Emmuska Orczy

At the bedside of her dying father, fourteen-year-old Juliette de Marny takes an oath to avenge her brother, killed in a duel at the hand of Paul Déroulède. Ten years later, the French Revolution rages and Juliette–now grown to womanhood–is ready to fulfill her vow. She sets a plan in motion to gain entry to Déroulède’s home, but the man is not at all what she expects.

I Will Repay is an early novel in Orczy’s Scarlet Pimpernel series, but it stands well on its own. The Scarlet Pimpernel enters the plot towards the end, but never takes center stage. If you’re already a fan of the Pimpernel, it’s interesting to see him through Juliette’s eyes: as an unknown figure who works behind the scenes.

This novel sweeps you along with Orczy’s trademark intrigues and twists. Her portrayal of the revolutionary mob feels accurate and frightening. And of course there’s enough romantic awakenings and dilemmas and sacrifices to make this a true melodramatic love story.

You can read I Will Repay for free online HERE.

Do you admit to enjoying melodrama in your reading material? What novel do you recommend?

For a more modern melodramatic author, I recommend the late Mary Stewart, who wrote smart romantic suspense novels from the 1950s through the 1990s. 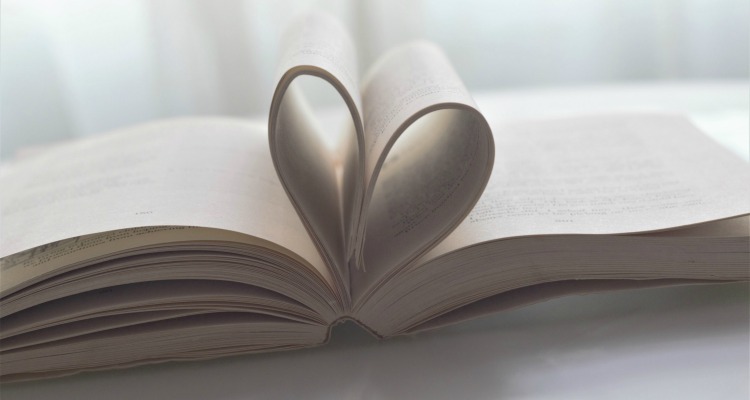