There’s a book for every mood! Here’s a list of novels to read based on your mood, whether you want romance, humor, tragedy, or anything in between. These mood-based reading recommendations will help you decide exactly what to read next. 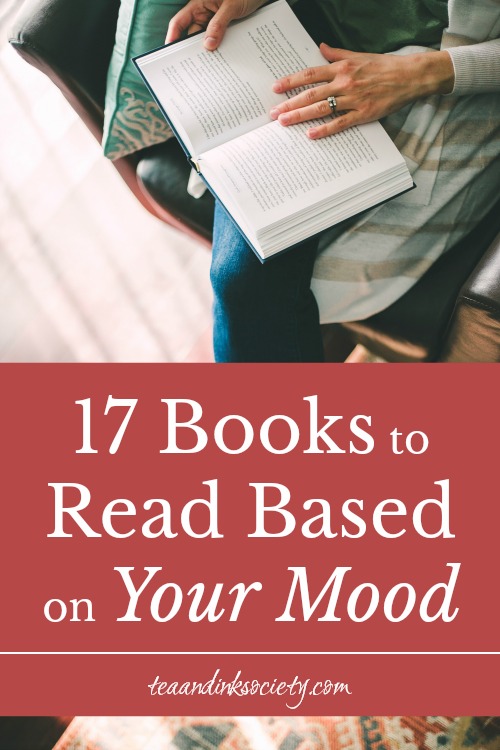 Classic Books to Suit Every Mood

There are lots of ways to choose which book you should read next. But if you’re like me, oftentimes you just…go with what you’re in the mood for! That’s one of the benefits of being a free agent when it comes to your TBR. As much as I loved my English major, I wasn’t always excited about the required reading. Now, to keep the momentum going on my reading habit, I read what calls to me.

Below, you’ll find a list of reading recommendations based on your mood. They’re all classics, since that’s what we specialize in around here. But don’t think this guide lacks variety! Classics are just as diverse in tone and style as anything you’d find today. Whatever mood you’re in right now, there’s a book to match.

17 Classic Book Recommendations According to Your Mood

If you’re in the mood for something romantic, read Persuasion

Now that I’ve finally read all of Austen’s novels, I can say that I think Persuasion takes the prize for Most Romantic. It’s a second-chance love story for Anne Elliot, once engaged but now fast becoming an “old maid” by society’s standards. Persuasion has a mature, melancholy flavour that blossoms deliciously as it draws you in.

If you’re in the mood to go on an adventure, read King Solomon’s Mines

In this Indiana Jones-style swashbuckler, a group of adventurers journey deep into Africa. They hope to find a missing explorer who had gone before, and with him, the fabled diamond mines he was seeking. This bestseller sparked an entire “Lost World” genre, and was a personal favourite of C. S. Lewis.

If you’re in the mood for something familiar, read Little Women

If you haven’t read this since you were a child–or if you only know it through movie adaptations–do yourself a deep favour and read this classic again! As an adult reader, you’ll notice all kinds of things you may have missed when you were younger. And you’ll certainly be reminded what a gem of a novel this is!

If you’re in the mood for something humorous, read Cranford

Gaskell writes about small town life in a country village mostly inhabited by women. Their foibles and triumphs and concerns make the cast seem utterly real. At times you’ll find them ridiculous, at other times pitiable, but you can’t leave Cranford without wishing for your own chance to live in that little English village, in a bygone era.

If you’re in the mood for something fantastical and unusual, read Lillith

When Mr. Vane, heir to a mysterious mansion, steps through an old mirror he finds himself in a strange parallel world. Here he encounters both beauty and fear, and must face the evil and bewitching princess Lillith. MacDonald was the founder of the modern fantasy novel, and is worth reading for that reason alone. But his books are also really good. Although they’ve influenced many subsequent authors, his fantasy novels are so unusual that they’re hard to imitate, and you’ll feel like you’re having a very singular experience.

For more in the fantasy genre, see this post on YA fantasy series and this on fairy tale retellings.

If you’re in the mood for something that will rejuvenate you, read The Enchanted April

Four women, formerly strangers to each other, answer an advertisement to rent an Italian villa for the month of April. Each is looking for escape in her own way, and something more…a way to come home more alive. This was our spring book pick in the first-ever Seasonal Reading Subscription Box!

For my dream cast for a movie remake of The Enchanted April, read here!

If you’re in the mood for something creepy, read The Turn of the Screw

It starts a bit like Jane Eyre: A young governess is hired by a mysterious man to care for his young wards at a remote country estate. While the governess sees little of her employer, she begins to see something else that chills her to the bone: ghosts. Are they haunting the children? You’re going to share the protagonist’s growing doubts…and then you’re going to start doubting her. It’s fabulous.

If you’re in the mood for something inspiring, read The Four Feathers

This adventure novel explores the heart of courage, loyalty, and human endurance as Harry Feversham journeys deep into Egypt and the Sudan on an epic quest to restore his honour–and rescue his friends. Sidenote: Feversham is one of my all-time favourite literary heroes.

If you’re in the mood for something you’ve never heard of, read The Riddle of the Sands

This early espionage novel follows the adventures of two Englishmen as they investigate German naval activity. I love this novel for the unfamiliar (to me) setting of the Frisian Islands, for the lucid prose, and for the gradually unspooling plot. More on this novel in my nautical fiction post.

If you’re in the mood for an intricate plot, read The Woman in White

After a moonlit encounter with an escaped asylum inmate, Walter Hartwright is drawn into a web of deception and crime that will test him to the limit. Wilkie Collins weaves a thoroughly engrossing Victorian thriller with The Woman in White, which is told in the form of diary entries and letters.

And if you like Victorian literature, take this quiz to get matched with another Victorian novel for your TBR!

If you’re in the mood for something short, read The Picture of Dorian Gray

Paid-by-the-word Victorian authors have given readers the impression that all classics are long, but this isn’t the case at all! There are plenty of quick classics you can easily finish in a weekend. Dorian Gray is a vividly-told tragedy that you will fly through in no time.

If you’re in the mood for something long, read Anna Karenina

If you can say with C. S. Lewis that “You can never get a cup of tea large enough or a book long enough to suit me,” than go ahead and immerse yourself in a legitimate tome, like the masterpiece Anna Karenina. In spite of topping 800 pages and covering a vast territory of themes and perspectives, Anna Karenina is surprisingly accessible. And once you have this one checked off your list, you’re going to feel pretty proud of yourself(:

If you’re in the mood for something epic, read Dracula

Sometimes you’re in the mood for something quiet and homey, and other times you crave an epic, high-stakes good-vs-evil showdown. For epic, nothing beats Dracula. You’ve got a fantastic cast of heroes, and a deeply evil, genuinely scary villain. Vampire stories have never been able to match this original classic.

If you’re in the mood for something tragic, read The Great Gatsby

There’s a certain fascination in watching things fall apart. Gatsby is a kaleidoscope of glamour and grime, hope and hollowness, reality and charade. With its tightly-wound plot and charged dialogue, this novel speeds by but will stay with you forever.

If you’re in the mood for something exquisite, read Villette

Bookworms take delight in words themselves, and it’s a glorious feeling to put yourself in the hands of a true wordsmith. For that feeling, Charlotte Brontë delivers like nobody’s business. One of the things that struck me most about her novel Villette is that it’s just beautiful. As much as I like the heroine and the plot, the novel itself is a gem for its deft use of language.

Also, I think Villette is one of those underrated classics that’s long overdue for a good movie adaptation.

If you’re in the mood for something wholesome, read A Little Princess

By Frances Hodgson Burnett, 1905 | Find it on Amazon

Have you ever found yourself at the end of a book that was too edgy for you…that pressed too many triggers? When you need a good palate cleanser, pick up A Little Princess. This boarding school story follows the changing fortunes of Sara Crewe, who faces life with imagination and dignity–no matter what happens.

Get more wholesome classic children’s books with this list of 50 titles!

If you don’t know what you’re in the mood for, read Our Mutual Friend

When you simply can’t make up your mind what genre or tone of book to read next, pick up Dickens’s last completed novel. You’ll find a bit of everything here: mystery, romance, suspense, social commentary, coming-of-age, comedy, even fairy tale. According to his trademark, Dickens sets up multiple plots and then weaves them together like the genius he is.

Do you ever read books according to your mood? What was the last mood book you read?

Another excellent way to choose your reading material is to be a seasonal reader! Read my post on the Art of Seasonal Reading to find out how! 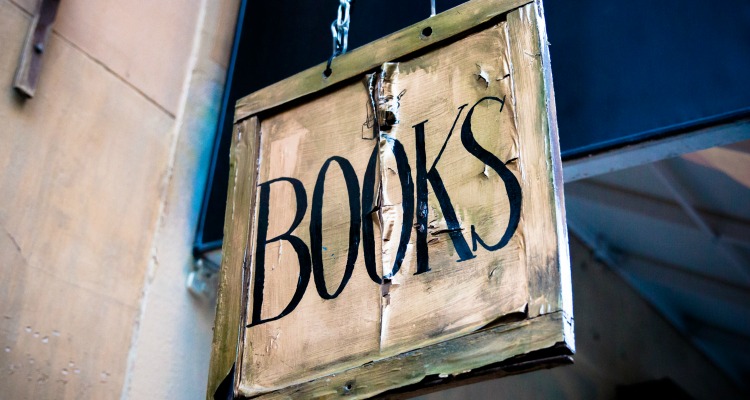