Roll out the red carpet, it’s time for the annual Tea and Ink Society Book Oscars! Out of all the books I read in 2022, these are the ones I’m awarding for Best Heroine, Best Setting and Descriptions, Best Nonfiction, and seven other categories. Yes, it’s the Academy Awards…but for books! See which books topped my list, and which ones were disappointments.

I love seeing people’s “favourite books of the year” lists. It gives me so many good ideas for my own TBR! For the past several years I’ve been sharing my own favourite books list, but with a twist–I call it the “Book Oscars”!

Instead of just making a list of my best reads from that year, I select Oscar-style categories and then pick winners from among the books I read. So instead of Best Actress I choose a Best Heroine, instead of Best Picture I choose Best Book, or instead of Best Cinematography I choose a book for Best Setting and Descriptions. You get the idea! Each year’s categories look a little different, depending on my reading habits that year.

So, allow me to welcome you to the 7th annual Book Academy Awards!

Hilda Adams is a home-care nurse, an occupation which gives her a great cover for the detective work she does on behalf of her friends at the police department. Hilda features in only a few of Rinehart’s mystery novels–which is a shame, because I love her! She’s a competent and independent 1930s heroine, with all the requisite spunk needed for following up dangerous clues, tending to crotchety patients, and standing up to the occasional policeman.

I met many fascinating characters when I read Uncle Tom’s Cabin this year, but I thought that Cassy was one of the most complex, and her story one of the most affecting. And as a fan of Gothic literature, I absolutely loved how Stowe brought together different female Gothic “types” within the character of Cassy, and how those tropes played out in Stowe’s broader narrative.

Best Hero: Ralph Leslie from The After House by Mary Roberts Rinehart (pub. 1914)

Well, look at that! Rinehart takes the award in two major categories! I do love her characters. In The After House, Ralph finagles his way into a job as steward aboard a small luxury yacht, but ends up stepping into a far more heroic role. Someone is killing people with an ax and Ralph makes it his aim to keep the innocent safe…but who exactly is innocent?

I loved Ralph’s willingness to seize adventure, but also his ability to remain level headed and make critical decisions under stress. By the way, if you’re doing our 2023 Classics Reading Challenge, this would be a book to consider for the “books set at sea” category!

Best Supporting Hero: C. S. Lewis from Once Upon a Wardrobe by Patti Callahan (pub. 2021)

After reading so many books by C. S. Lewis throughout my life, it was fun to encounter him as a character in a novel himself, written there by an author who clearly did her homework on Lewis’s life and work. The novel’s main heroine is an undergrad studying at Oxford in 1950, who seeks out Lewis in an attempt to learn where the Narnia story came from. All of the name-dropping in the novel was also like a trip down memory lane to my own months in Oxford, and quite frankly made me feel homesick for it.

Best Villain: The superintendent from The Street by Ann Petry (pub. 1946)

The superintendent of heroine Lutie Johnson’s apartment building is one of the creepiest people I’ve ever encountered in a book! Although it’s a novel full of villains, The superintendent is the most predatory and closest to “home.” One thing that drew me to The Street was its Gothic atmosphere (I know, there I go with Gothic literature again!) But Petry puts her own twist on the Gothic genre by setting her book in Harlem rather than a mouldering family estate, and she uses a Gothic trope for the superintendent which I did not see coming but I loved. I won’t spoil it for you because it’s great to have it dawn on you as you read.

Fancy Day and Dick Dewy aren’t necessarily my favourite romantic couple ever, but their storyline is sweet with some unexpected sharpness that I thoroughly enjoyed. Their courtship plays out against the backdrop of Hardy’s pastoral English setting, with all the “local color” of the rustic villagers and the gently shifting seasons that I’ve come to savour in his novels.

Perelandra would’ve been a shoe-in for this category, because I can never get enough of the floating islands of Venus…the warm sea under a golden sky, the indescribably delicious bubble fruits, the fixed land with mysteries at it heart and angels at its peak….But Perelandra was a reread for me last year, so I feel it’s more fair to give the award to a new-to-me book.

And thus, surprisingly, Uncle Tom’s Cabin is the winner for best setting and descriptions! I loved the way the novel changed locations throughout: Tom’s cabin, the homey Quaker cottage, the steamboats, the lush St. Clare plantation, and the haunting, hellish Legree plantation. Stowe also has amazing set pieces where some of the novel’s major action scenes take place, like the frozen Ohio river or the rocky outcropping where Eliza and George take a stand.

Throughout the year but especially in the summer, I like to mix some light, “fluffy” novels into my reading list, and in 2022 The Summer I Turned Pretty was my favourite of this sort! I liked the vacation beach setting, the coming-of-age experiences, and the fact that the book is probably a bit more innocent than YA novels of this type that are coming out today, even just a decade later. Plus, the story actually did have a bit of poignancy and depth to it, after all.

This is a short book but it took me twice as long to read because I probably read every sentence over again. I wanted to be sure I was following Lewis’s arguments (as best I could!) and digesting them. Lewis’s book (originally a trilogy of lectures), explores the logic and consequences of moral subjectivism, arguing against it without prescribing any specific religion as an antidote.

Although it didn’t win in any individual categories, I think Middlemarch was the best book I read in 2022. It had been on my “want to read” list since high school, but I never got around to–probably because it didn’t seem as exciting as Dickens or as romantic as Austen. But I think in the end it came to me at just the right time. Virginia Woolf called it “one of the few English novels written for grown-up people,” and while I’d like to think my young self would’ve appreciated it, I know my grown-up self needed it. I’m already looking forward to reading it again!

A runner-up to this Best Book category was Uncle Tom’s Cabin, because I was so surprised by how good it actually was! I expected something movingly sentimental but probably not very well written. What I found was complex characters, complex issues intelligently handled, and a true grasp of literary techniques and genres. This is a book I wish I had read in high school, because it might’ve been up there with my favourites!

Every year there’s a few books that don’t work for me or deliver a major disappointment in some way. Here’s what fell flat from last year’s stack:

I really enjoyed Crouch’s standalone speculative fiction thriller Dark Matter (2016). Recursion (2019) was a step down, but still a decently-solid read. But then Upgrade was an even further step down, and I almost decided to throw in the towel on Blake Crouch! I didn’t care about the characters, and I felt like the author was trying too hard in every area: to sound hip, to hit cultural touchpoints, to top his previous books. I also started getting annoyed by all of the “thriller lingo”: the endless sweaty palms and people checking the magazines on their Glocks and glassing buildings (i.e., using binoculars).

The only thing that somewhat rescued the book for me is that I happened to read it in the same year as The Abolition of Man by C. S. Lewis, which Crouch says inspired some of the lines of thought in Upgrade. Knowing that after the fact did give me some pause and encouraged me to reconsider the novel a bit. Perhaps I’ll still give Crouch’s Wayward Pines trilogy a try; it does sound like an interesting genre mashup.

The Man Who Could Not Shudder by John Dickson Carr (1940)

This mystery novel had a lot of Carr ingredients I love: good storytelling, interesting characters and atmosphere, and an ingenious crime. So what didn’t I love? Well, unfortunately the book had a very frustrating snippet right at the end where Carr spoils the plot of The Murder of Roger Ackroyd by Agatha Christie! Why in the world would a mystery writer do that to a fellow author? Thank goodness I’ve already read that Christie title, or I would’ve been even more livid! As it is, I want to spread the word to fellow mystery fans not to read Carr’s book if you haven’t first read Ackroyd.

What are your Book Oscars?

Your turn! Sort your 2022 reads by Best Heroine, Best Book, etc. and share in the comments section, if you like! Your categories might look different from mine, based on your reading habits. For instance, if you read a ton of historical fiction or parenting books or biographies, you might give those their own categories.

Here are the other book award season winners for years past: 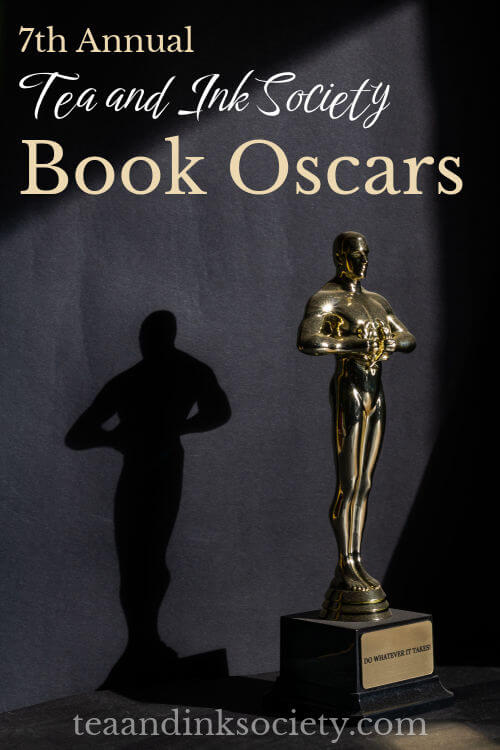